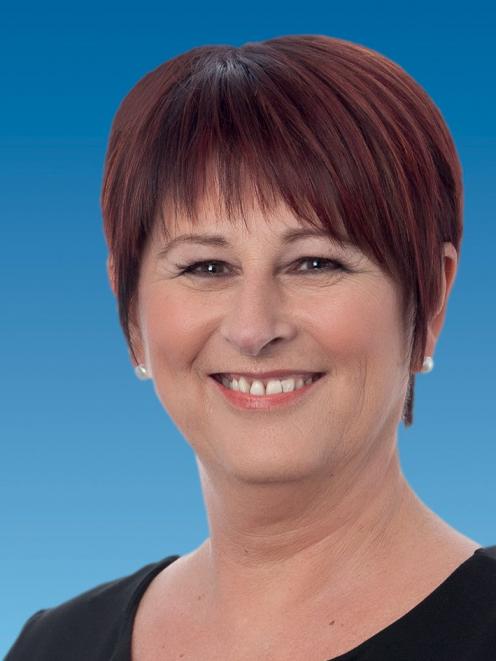 West-Coast-based National list MP Maureen Pugh. Photo: Supplied
Despite being described by National Party leader Simon Bridges as "f***ing useless" in a covert recording - MP Maureen Pugh says she has forgiven him and will stand again.

Mrs Pugh told the Greymouth Star yesterday she was alerted to its contents by a staff member before it made headlines earlier this week.

MPs Chris Finlayson and David Carter, whom he also mentioned, are stepping down at the end of this term.

However, Mrs Pugh said she would "absolutely" be standing again at the 2020 election.

She was disappointed to hear Mr Bridges' comments, but rather than being tearful it had strengthened her resolve, she said.

Yesterday, she said she did not believe Mr Bridges meant what he said, which she based partly on what colleagues had told her.

She put the blame firmly at the feet of Mr Ross and described him as a "dysfunctional MP ... I'm pleased to see the back of him".

After reading comments people had left on her Facebook page last night, she believed her own dignity and respect were intact.

"I will carrying on battling for the Coast. If that means ruffling feathers, so be it."

On Tuesday, as Mr Ross lashed out at Mr Bridges while resigning from National, Mrs Pugh backed her leader and shared Mr Bridges' response to the Ross affair on her Facebook page.

Mrs Pugh's mother, June Briggs, lashed out at Mr Bridges on Newshub, saying he "must be a dumb-arse, as my daughter is a hard worker for National. She got more votes for them than any other [National Party member] on the West Coast and to call her useless is insulting and a lie.

"As far as I'm concerned, he can go suck eggs and he'll never get our vote as long as he's in power."

Mrs Pugh was more restrained when she posted on Facebook.

"I'm glad that Jami-Lee Ross, a man who deliberately released a recording that he knew would embarrass me, is no longer in our caucus.

"I continue to back Simon and we'll both move on from this now," Mrs Pugh said.

A prominent West Coast National Party insider told the Greymouth Star yesterday that, while Mr Bridges' comment was unfortunate, Mrs Pugh did need to work harder and get to know her constituents better - not just those at school classroom openings.

However, as sympathy poured in, they believed the comments might even help her rise up the party list next year.

National Party electorate chairman Boyd Becker said the local team was firmly behind Mrs Pugh - "we know the hours and miles she puts in. She's the strongest voice the West Coast has in Parliament at the moment. And she's focused on reminding Wellington about the issues that the Coast faces, and trying to find solutions", Mr Becker said.

She subsequently made it into Parliament from the bottom of the party list.