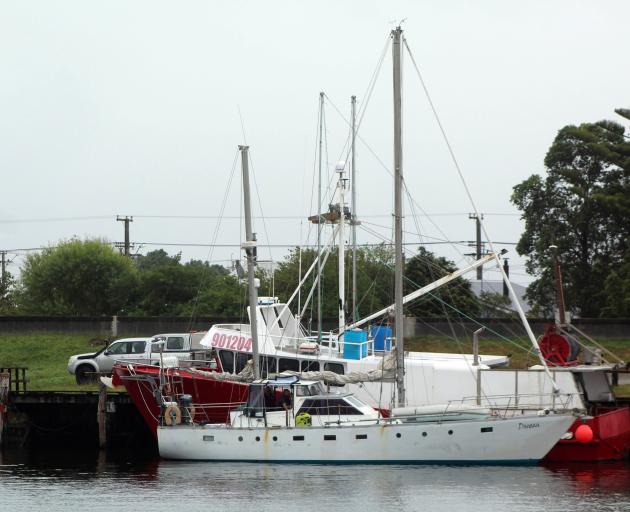 Danaan, safely at Blaketown, Greymouth, after being rescued by the Coastguard. PHOTO: GREYMOUTH STAR
Three fishermen stranded on their yacht, immobilised 40km offshore from Greymouth, were towed to safety through rough seas in an early morning rescue yesterday.

Coastguard West Coast successfully pulled the private fishing yacht through rough waters and across the notorious Greymouth bar in the dark.

The trio had been making their way up the coast from Fiordland to Westport in the 10m steel hull Danaan when the engine lost power at Jackson Bay four days ago.

As they drifted up the coast under sail, they became concerned when the wind dropped on Tuesday — they feared they would not make it to Westport before the forecast storm struck.

"We had engine problems when water got into the diesel injector pump," skipper Vaughan Brunton said. 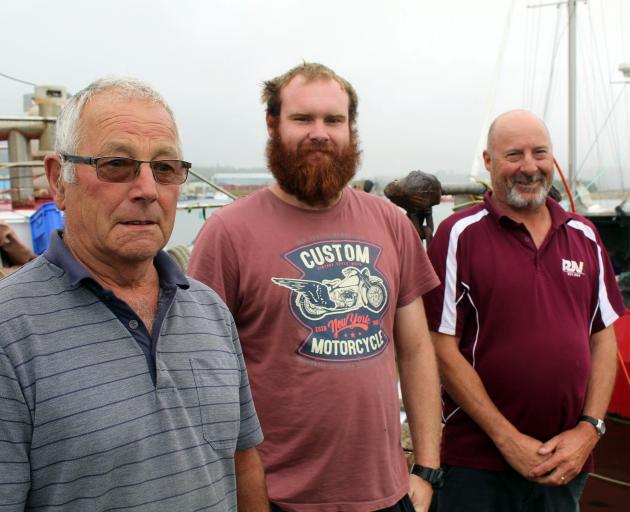 Safe ashore at the Blaketown lagoon is the crew of Danaan, Dave Hall (left), of Central Otago, with Dillon Brunton and his father, skipper Vaughan Brunton, both of Westport. PHOTO: GREYMOUTH STAR
"It snapped the shaft in the pump.

"We used the sail to make headway with the intention of reaching Greymouth before the bad weather set in but ran out of wind."

They were "going nowhere" as the storm approached.

"We had been out at sea for three nights without sleep, we were getting low on power and water and called for assistance."

Mr Brunton said the coastguard had done an amazing job with the rescue and they were thankful.

A new injector pump was today on its way from Invercargill; once it was installed they would set sail for Westport, before returning the yacht to Nelson.

They called the harbourmaster and police, who alerted the coastguard at 4.15pm on Tuesday.

The coastguard located the yacht about 6.30pm and began the slow tow back to Greymouth.

Coastguard communications manager Julia James said it was a slow trip back to safety as they could only travel at up to 4 knots (7kmh) to ensure the tow was safe.

They arrived in port after midnight.

The usually difficult bar crossing was helped by the weight of the steel hulled yacht.

The fishermen were safe and well but left in shock and discomfort by the experience, Ms James said.

"The three guys on board were grateful to come back in."