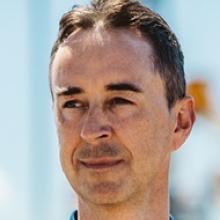 Phil Parkes.
A decade after the Pike River Mine disaster, the same number of people who died in the mine are losing their lives every four months in New Zealand.

WorkSafe NZ says much has been achieved since, but there is more to do to make the workplace safe.

The year before the 2010 tragedy, New Zealand had 70 workplace deaths, rising to 80 with the Pike River Coal tragedy.

The Department of Labour was slammed during the Royal Commission of Inquiry into the disaster, and as a result Work Safe NZ was formed and the labour sector was overhauled.

"We’ve not fixed the problem. In all parts of the system, including the regulator, we need to redouble efforts," WorkSafe chief executive Phil Parkes said.

Legislative changes followed the disaster, including the new Health and Safety at Work Act.

WorkSafe also now does spot checks, whereas before the Pike River explosion it warned employers of impending visits.

The High Hazards Unit had a "deeper and better capability".

It had achieved a Government target of a 25% reduction in workplace deaths by 2020, but progress had at best "plateaued".

"The key message for me and WorkSafe is we can’t get complacent," Mr Parkes said.

Pike River family spokeswoman Anna Osborne was astounded that the same number of people who died at Pike, were killed at work every four months.

When the Pike River Coal mine was running, the Department of Labour assumed it to be a "best practice" and "compliant" employer, so the inspectors adopted a low-level compliance approach.

Under its watch, Pike built an escape route up a 110m ladder. When the disaster struck, that shaft became like an incinerator chimney.

Council of Trade Unions president Richard Wagstaff said that in the past year there had been 95 workplace deaths.

Yesterday he called for increased funding for WorkSafe, and reviewing the Health and Safety at Work Act.

It comes as the families have launched a new fight to reduce workplace deaths.

They want to stop others from going through their pain, so yesterday in Wellington Mrs Osborne and Sonya Rockhouse launched a new push for WorkSafety.

"WorkSafe NZ’s investigations have remained weak, their enforcement poorly resourced, and they most often simply choose not to prosecute. In New Zealand you can, rightly, go to jail for killing a kitten ... but not for killing a worker," Mrs Osborne said.

"I want the Pike River disaster to become the reason New Zealand changed to make people safer at work and to empower those who have lost loved ones rather than see them swept under the carpet." — Greymouth Star