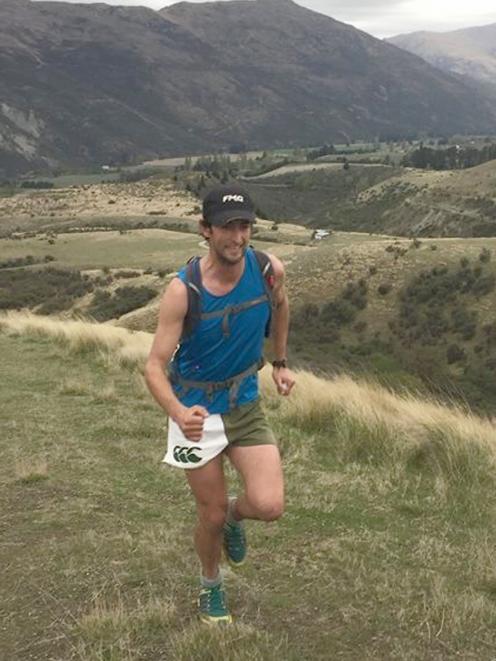 The 28-year-old will experience the trails of Argentina in November at the world mountain running championships.

A surveyor from Bannockburn, he was one of four runners picked in the New Zealand men's team.

While trail running is something he has done since his university days in Dunedin, the championship races were new to him.

He has done plenty of local racing, his favourite being the Luxmore Grunt in Fiordland.

This year was going to be his 10th time running that event and he was keen to improve on the 2hr 10min mark he had been hovering around.

The idea of targeting the national event came up about 12 months ago.

Ford linked with a coach, fellow runner James Kuegler, and joined up with the Fiordland club.

While the Luxmore did not go quite as he hoped, the training showed through at the national championships.

He was thrilled to have qualified for the world championships and was expecting another level again there.

"It was the first time I've ever been to an event like that.

"I do a lot of trail running, but it was the first proper event I've represented a club at and first national champs.

"It was all pretty interesting, not quite as gnarly as I thought it was going to be.

"It was a pretty easy course in my opinion, although a lot of the guys that do track running and marathons and stuff were probably of the other opinion."

Growing up in Drummond, Ford had played rugby and enjoyed surfing and skiing. However, a handful of concussions forced him into a re-think of his sporting pursuits.

After moving to Dunedin to do a surveying degree he took up running.

"It was a good transition into doing something to stay fit.

"Getting out and exploring was my motivation to do it.

The more technical courses suited him, too - the more the roots and water crossings, the better.

"I don't have the leg-speed that a lot of the guys do. That I found out at nationals.

"If I was to do a road 10km I'd probably get blown out of the water.

"But as soon as it gets off-trail and rough and gnarly and steep, that's when I come into my own."