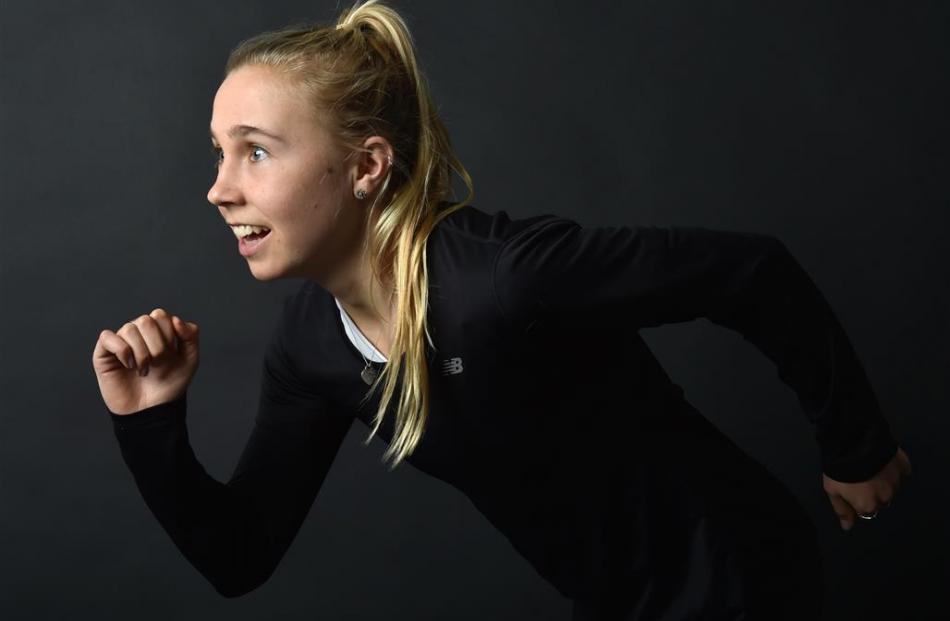 Former Columba College pupil Hanna English is off to the US on a sports scholarship. Photo by Peter McIntosh.

Hanna English will spend the next four years on a sports scholarship at a US university, but she has a couple of things she wants to take care of at home first.

The 19-year-old former Columba College pupil will head to St Mary's College of California in San Francisco next month to study kinesiology and take up an athletics and cross-country scholarship.

English is hoping to win the 6km under-20 women's race today and aims to finish in the top three in Auckland on August 7.

Also a keen footballer, English turned her attention squarely to running when she suffered a terrible knee injury during a women's premier league game in Auckland.

She ruptured two ligaments and broke her tibia when she collided with a goalkeeper and, although she returned to the sport six months later, realised she could not continue playing unless the injury was dealt with properly.

That would have required possibly two surgeries and up to three years on the sidelines, she said.

"That was when I realised running was where my passion was.''

English will head to the United States on August 14 and attend a week-long training camp in Lake Tahoe before going to San Francisco for the beginning of the university semester.

"I was tossing up between five universities I was keen on,'' she said of her reasons for choosing St Mary's.

"They came back to me really interested and it was the best fit for me to get everything I wanted out of my university experience.

"They were the highest ranked academically of the schools I was looking at, which was really important for me.''

English does not plan to make a career out of running, so the education she receives is a priority.

However, she has set herself some sporting goals for her time at the school.

"From a team perspective, I want to qualify for the NCAA events and, personally, I want to get my times down.''

English will train for the 1500m, 5km and 10km track events, as well as cross-country, in the US.

She will major in exercise science at St Mary's and hopes to enter the sports medicine industry.