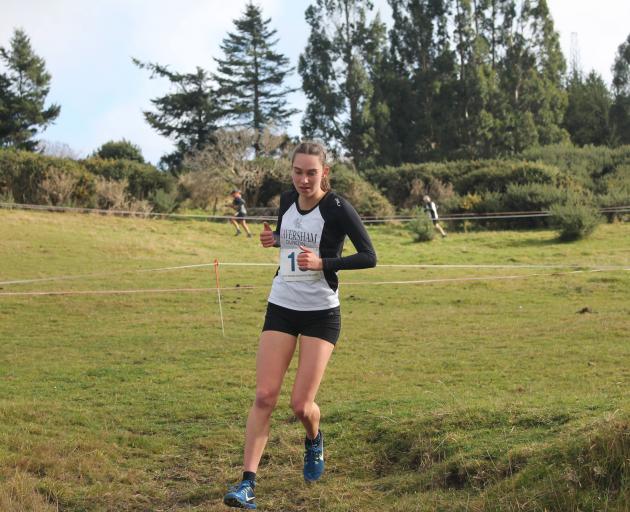 The 40th running of the relays at the Dunedin Pony Club on Three Mile Hill attracted 40 four-person teams to tackle the 2km loop on a course with mostly firm underfoot conditions and just a few muddy patches.

Caversham’s greater depth shone through as it came from behind in the 4x2km race to beat a strong Hill City-University senior women’s team.

Zara Geddes made a sizzling start for HCU, posting the fastest time in the grade (7min 50sec) to put her team in pole position.

Young Ariki star Catherine Lund was not far behind on the first leg with a second-fastest time of 7min 57sec.

That left the Caversham runners of Kristy Eyles, Becky De La Harpe, Claire Anderton and Laura Bungard with plenty of catching up to do as they were lying in third place at the start of the second leg.

However, the overall depth of Caversham won the day as it gradually made inroads.

De La Harpe ran a nice 8min 16sec on the second leg, and Caversham soared into the lead on the last leg to win in 34min 34sec.

The senior and masters men’s 4x4km race was a thriller.

Hill City-University, the defending senior men’s champion, was missing some of its top runners and knew it was in for a battle.

Leith runner Janus Staufenberg laid down a marker with a time of 13min 58sec on the first leg, handing team-mate Corey Lewis a 61sec lead over HCU going into the second leg.

After Hamish McKinlay completed the third leg, Liam Chesney blazed home in a fastest time of 13min 53 sec to seal the title for Leith in 59min 43sec.

The associated ultra race individual Ponydale Challenge ran concurrently with the relay for a third time.