Pali aiming for win on return to South 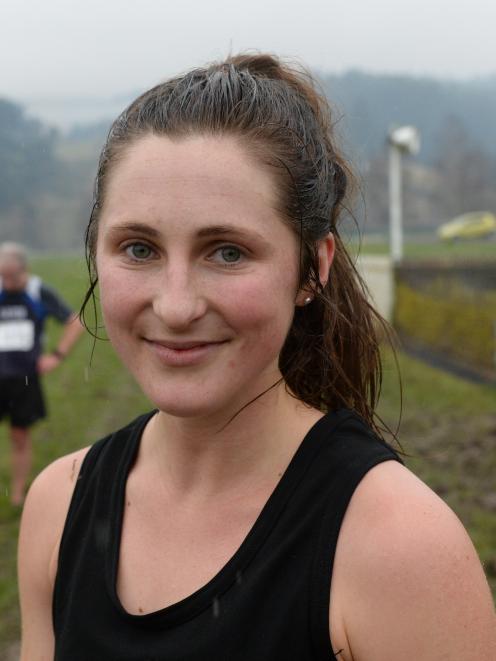 Shauna Pali. Photo: LINDA ROBERTSON
Shauna Pali is hoping for a winning return when she heads south for the Dunedin Marathon next month.

A two-time senior women's Otago cross-country champion, Pali is in the last semester of a two-year clinical masters degree at the University of Auckland in speech-language therapy.

Pali emerged on the Dunedin athletic scene 10 years ago after moving to Dunedin where her ability was quickly recognised by club coach Richard Barker.

Barker coached the promising junior to numerous successes at regional and national level.

At the end of 2013, Pali secured a three-year scholarship to the University of North Texas in Denton.

The Mt Sac 10,000m track race in which she clocked 35min 43sec was one of her many highlights while in the United States. Among others was finishing third in 9min 47sec in the 3000m at the Conference Championships in 2015.

She is now in Auckland but said it was not quite home.

"I enjoy Auckland but miss the Dunedin trails and consistent running crews and banter," she said.

Her undergraduate degree from North Texas does not quite transition to the New Zealand system, hence the study in Auckland.

Pali has been coached by Chris Pilone for the past 18 months. Pilone also coaches Oli Chignell, Sam Bremer and Caden Shields.

"I always love returning to Dunedin to see family and friends and support the local events.

"I'm not sure where I will end up after I graduate at the end of the year. Australia, Dunedin or staying in Auckland for anther year or two are still on the cards."

Running is still to the forefront for Pali who is in the midst of road and cross-country running as a build-up to the 2019-20 track and field season.

"I'm looking forward to becoming a little more competitive as I have built a solid base over the last two years," she said.

"The national road relays is always one of the key events on the calendar, and North Harbour Bays women should have a good team this year."

Pali is targeting winning what would be a special medal in the national half-marathon in Dunedin on September 1.

She has contested two half-marathons this year in Hawke's Bay and Gold Coast, completing each in a respectable 1hr 23min.

"Most half-marathons I have trained through, so haven't peaked for them as the running calendar is very full."

A disciple of the Lydiard training regime, Pali is still to compete in a full marathon.

"I've only run the marathon distance in training. Never raced one. I'm looking to lower my 10km and half times before pursuing that. But it is definitely in the five-year plan."