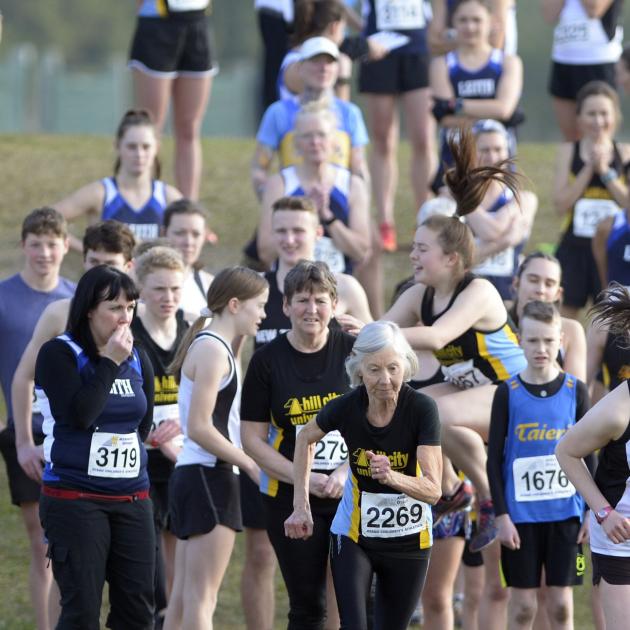 Myrtle Rough takes off to start the women’s and age-group race. PHOTOS: GERARD O’BRIEN
It was a poignant and memorable win for Philip Morris at the Barnes cross-country yesterday. 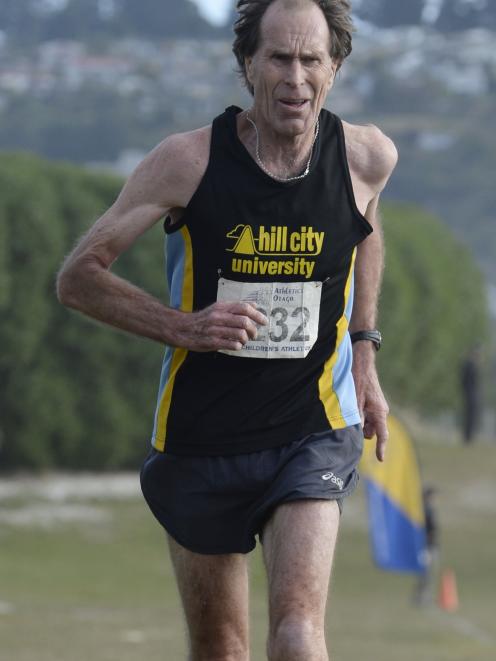 Philip Morris approaches the finish line to win the Barnes cross-country senior men’s race at Kettle Park yesterday.
Morris made the most of a 5min handicap to win from Ray Knox. Simon Rhodes finished third.

Morris (68) said he was inspired to give his all in memory of his nephew, Flynn Morris-Clarke, who died of a brain tumour earlier this month.

Morris-Clarke (35) was a successful runner when he was younger, representing New Zealand in middle-distance events.

He was diagnosed with a brain tumour about two years ago.

Morris said he was thinking of his nephew when running yesterday and when he was out training.

It was easy to work hard and get through some tough training considering what his nephew had gone through. He dedicated the victory to Flynn.

Morris, a former Otago medium-fast bowler, was pleased with his time of 24min 34sec, in the handicapped event.

He was 19sec clear of Knox at the finish line.

The quickest time went to Logan Slee, who covered the course in 17min 20sec.

The open women’s race was won by Dunedin youngster Zara Geddes. She won the under-16 title at the South Island cross-country championships last week and has had a good couple of weeks.

Geddes (14), a year 10 pupil at St Hilda’s Collegiate School, recorded the quickest time and was also first home in the handicapped event.