All going well, Hill City-University should make it six in a row today.

The club has proven unbeatable in the senior men’s grade of the Lovelock Relays over the past five years.

That should continue today, as yet another strong team will turn out at the University of Otago Oval. 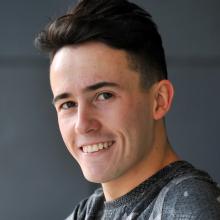 Oli Chignell leads what promises to be a very fast HCU 1 team.

Each will run a 1500m leg around the oval, in the race which began in honour of Jack Lovelock’s 1500m gold medal at the 1936 Berlin Olympics.

Leith may be its toughest competitor, boasting brothers Janus and Leo Staufenberg.

Ariki will have the services of Xaviour Walker, who has returned to Dunedin.

However, both will do well to keep up with HCU.

On the women’s side, HCU had its streak snapped a year ago by Caversham.

However, it will be an entirely new Caversham team that takes the track this time.

It will likely be a close race between those two again this time.

HCU has an impressive youngster in Zara Geddes and an experienced campaigner in Margie Campbell.

Meanwhile, Caversham has a handy duo of Maya Irving and Laura Bungard.