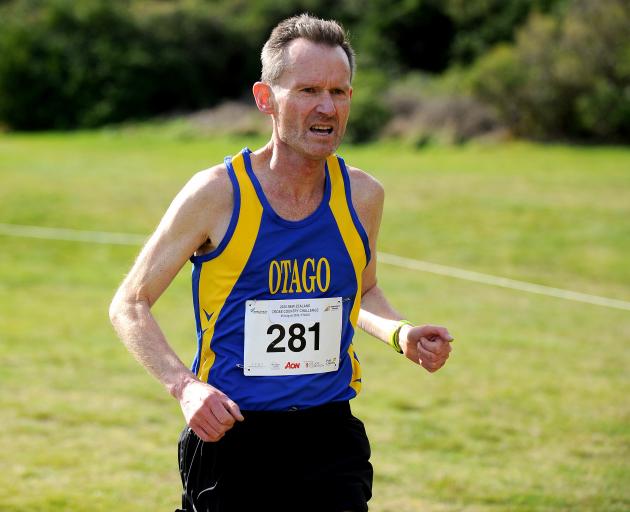 Johnston (53) was disqualified from the masters men’s 50-54 race at the New Zealand Cross-country Challenge at Chisholm Links on Saturday for spitting.

Yes, having a hoick, or two, put Johnston out of the race, which he won — well, he was first across the line.

"I suppose with the Covid rules they have brought this in but it seems a bit over the top. If I was feeling crook then I wouldn’t have run anyway," he said.

As in race walking, those who spat would face a yellow card which would be a warning followed by a red card for disqualification.

The double Olympian said he never saw any cards and was puzzled only the masters race was seen as having runners who broke the rules concerning spitting although Johnston was the only one disqualified.

"When you are running hard you do get phlegm in your mouth and I was running hard. But I can not remember spitting. I saw people spitting before the start of the race."

"It’s not a super sore thing for me but it put a bit of a dampener on the day’s activities. I was just standing there after the race and found out I got disqualified.

"It’s just another crazy thing in these times. I must be the first person in a running race who has been disqualified for spitting. That must be some sort of record."

Athletics Otago chairman Kevin O’Sullivan, who helped run the event on behalf of Athletics New Zealand, said athletes traditionally do spit but in these Covid-19 times athletes had to be careful and follow the rules.

It was an understandable lapse from Johnston, O’Sullivan said.