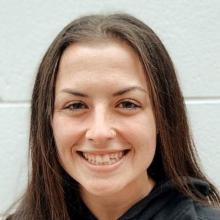 Dugan (25), who is from Perth, finished a college basketball career at Lakeland College in Canada earlier this year.

In her final season the point guard was named Canadian Collegiate Athletic Association’s women’s player of the year.

That came after averaging 13.9 points, 5.8 assists and 3.9 rebounds per game, while notching a perfect 16-0 record in the Alberta Colleges Athletic Conference.

Kjestrup and Ruske are more well-known to the Otago community, both being long-time Otago Gold Rush players.

Kjestrup, who is a doctor, played as a swingman for the Gold Rush, the Hoiho’s predecessor, from 2015 up until last year. She won two national titles in that time, while having also been a key member of Ajax’s past two titles in the local club competition.

Ruske returns to Dunedin to join the Hoiho, having moved to Auckland to take a job as a corporate finance analyst.

They play their first game of Basketball Tauihi Aotearoa on June 29 against the Mainland Pouakai in Christchurch.

Tauihi is a new women’s league, putting player on equal financial footing with the men’s NBL.