Beede new to Gold Rush but not Otago 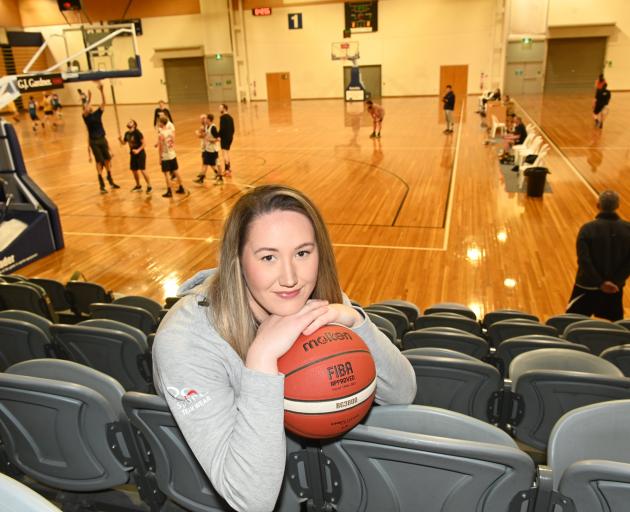 She lived in the city until she was 10 and it was at the old Dunedin Stadium where she first picked up a basketball.

Her parents, Park and Denise, managed the Otago Nuggets in the early 2000s, and Park had coached the team in 1991-92.

She was a regular at Nuggets holiday camps and was "like a little mascot" hanging around the team.

In the intervening years, she moved to Australia, had a college career in the United States and has recently been playing professionally in Brisbane.

She is back a bigger, smarter and significantly better player than the 10-year-old who left all those years ago.

The 1.78m forward will pull on Gold Rush colours for the first time tonight, as Otago faces the Capital Swish in its National Basketball League season opener in Auckland.

It was a special opportunity for her.

A video memory that popped up on her Facebook timeline cemented that — Jerome Fitchett’s match-winning buzzer beater to send the Nuggets to the 1991 NBL semifinals.

The team’s coach for that game? Her father, Park.

"Seeing the emotions in that video and seeing my dad in the postgame interview, it was just crazy to me that I will now be pulling on a Gold Rush jersey and representing Otago," Beede said.

"Just seeing the family tie-in and the closeness and the relationship our family has in Otago basketball, it’s something surreal.

"It’s something I’ve always wanted to do. As I got older, I thought it wasn’t going to happen. For all the puzzle pieces to fall into place for this opportunity to happen, I’m so grateful and so blessed to be able to do it."

She spent time at several universities in the US, although finished at Texas A&M International in NCAA division two.

Since returning to Australia, she has played for the Brisbane Capitals in the NBL1 — the league below the WNBL.

There had been several New Zealanders on that team, one of whom was last year’s New Zealand league MVP, Brooke Blair.

She had sparked the idea of playing in New Zealand, and Beede contacted Gold Rush coach Gavin Briggs.

As the Covid-19 situation began to flare up in Australia, Beede decided to leave her Brisbane team early — getting out just before the travel bubble closed.

She has been enjoying her time in Dunedin and had been impressed with the work ethic and culture among the Gold Rush team.

The league will be played over four weekends in Auckland, the Gold Rush playing either two or three games each round. Each of the six teams will play each other twice, before the final four on September 9-11.

Tonight’s tip-off is at 6pm.