Big occasion for hoops fans in the South 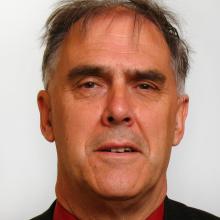 Nigel Skelt
Invercargill will be the place to be for fans of the dribble and lay-up tomorrow as Stadium Southland hosts a marquee match-up.

The New Zealand Breakers will be taking on the NBL's defending champion Perth Wildcats at Stadium Southland tomorrow in a game starting at 5pm.

It is the second year of a two-year deal Stadium Southland officials worked out with the Breakers to bring the New Zealand team to play in Southland.

Stadium Southland general manager Nigel Skelt said the break-even point for staging the game was to sell about 2000 tickets.

There had been a late surge over the past 48 hours and they were tracking towards that mark.

Last year, a crowd of 2600 came to the stadium to watch the Breakers play Melbourne United.

The event has backing from community funders such as the Invercargill Licensing Trust and the Community Trust of Otago.

Skelt said the community was getting in behind the event and he hoped that buzz would continue next year.

The stadium will be hosting a national 33 event in May next year. It will involve the seven franchise teams in the New Zealand league, along with teams from the Otago Nuggets and the Franklin Bulls.

Skelt hoped to get some real traction on the event, as it was being held in Invercargill for the next three years.

The Breakers are set to field something of a depleted side as injury takes a toll on the team.

The reserves will be tested and it will be tough going against a Perth side which is sure to be on top of its game.

The Wildcats are second on the table and have lost just one game from the six they have played. The Breakers are 2-3.

The Breakers will hold a public session at the stadium today, from 6pm, following a signing session at 5.30pm.

The Perth players face a long flight from Western Australia and are travelling by bus from Queenstown. The side will arrive in Invercargill late tonight.