By Jeff Cheshire
0 Comments
Tray Boyd III has not had long to adjust to his new surroundings.

Two weeks ago, the 23-year-old was home in Memphis, enjoying time with his family.

He had recently returned from his first professional season in Finland, where he shone for Kouvot.

Then a call came from his agent. Tahjere McCall had secured an NBA summer league spot and was leaving the Otago Nuggets. They were looking for a new player — was he interested?

"Most definitely" was the 1.93m guard’s answer.

Less than a week later, he was on a plane to Dunedin.

He arrived on Friday last week and — pending transfer clearance — will suit up for the Nuggets against the Auckland Tuatara tonight.

"Just because it happened so fast. It’s so surreal. But it’s a business, so everything happens that way."

Boyd had to wait to meet his team-mates as they had a camp in Queenstown last weekend.

He had his first full team training on Tuesday and liked what he saw.

His challenge now was to slot into a team halfway through its season, at very short notice.

"It is very challenging.

"I did it in Finland. I got to that team and I had to learn everything so fast, just like here.

"[On Tuesday] they really embraced me and they just helped me out as much as they can. Just learning the systems, learning how players move, what their strengths are, weaknesses.

"I’m excited to play. I’m just ready to showcase what I can do, but do it within the team. I think it’ll be good."

Boyd grew up in Memphis, initially playing American football, before gravitating to basketball. 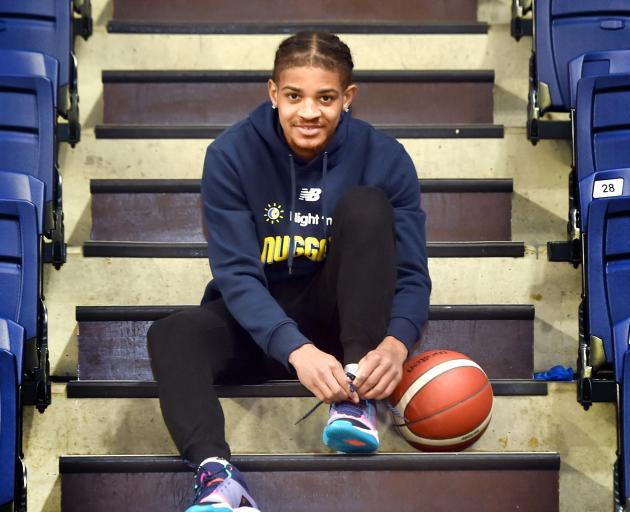 His team won the Southern conference title in his senior year, although did not get to play in March Madness, the national tournament being cancelled due to Covid-19.

He received his first professional opportunity late last year in the Finland second division, before getting called up to the first division after impressing.

A fast left-handed guard, Boyd has the ability to both attack the hoop and create his own shot from deep off the dribble.

He has done that at an efficient rate as well, scoring his 22.06 points per game in Finland at 51.1% from the field.

Perhaps even more notable is his efficiency from deep, shooting 45.9% from beyond the arc on more than six attempts per game.

That will come in use too, as the team will need someone to pick up the scoring load of Nikau McCullough, who will miss the next two games while with the New Zealand 3x3 team.

While Boyd is certainly capable of doing that, his focus was simple.

"I just try to play the game.

"I’m not a numbers guy. I just try to play the game the right way every time. I’m just competitive, I play to win."

Darcy Knox returns for the Nuggets this week, while Matthew Bardsley is unavailable due to work commitments.

The Tuatara enter the game on top of the table, although are coming off back-to-back losses.

It will be their final game with star forward Chris Johnson.