By Ben Waterworth
0 Comments
New Zealand Breakers coach Kevin Braswell thinks his past experience in Southland will give his team an advantage ahead of the first ever Australian National Basketball League game in Invercargill tonight.

Braswell, who played for the Southland Sharks for five seasons and had his singlet number retired, said the experience of playing at ILT Stadium Southland would give the Breakers an edge.

"We know the stadium a little bit. I've always told people it's probably the best stadium in New Zealand. It's always for me and it's home because I've played so many games there." 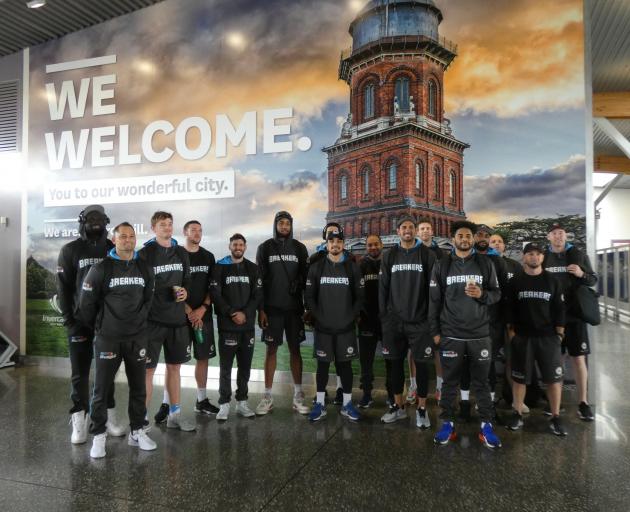 The Breakers arrived in Invercargill yesterday in a buoyant mood following back-to-back victories against Cairns and Brisbane last weekend.

The Breakers are sitting in fourth place and Braswell said the game against second-placed Melbourne was an important one for their season.

"It's a huge game for both teams because it could set us back.

"In this league every game is tight. Melbourne have a great squad and they're coached very well so it's going to be a great challenge for us."

Braswell believes the Breakers are beginning to find their form.

"We're getting there. The game against Cairns we played well and I thought the first half against Brisbane we actually showed how good we can be.

Close to 1800 tickets have been sold ahead of tonight's game and a large walk-up crowd is expected.

"We've been working with the Breakers' management now for the last three years to try and get a competition game to Invercargill.

"We had two non-competition games previously and it was always the dream to be able to bring the Breakers to Invercargill and now we've been able to achieve that we're hugely excited."

It will be the first of four Breakers home games to be played outside their Auckland base this season. The others will be played in Wellington, Hamilton and Christchurch.

As the New Zealand Breakers travel south to play Melbourne United, Jeff Cheshire takes a glance at the two teams.

It was a patchy start for the Breakers, but the new-look team seems to be gelling now. The side has won three of its last four games and is tied for third on the table.

Corey Webster: An elite scorer who is particularly threatening shooting off the dribble. His quick shot release can make him one of the league's toughest players to contain.

Tai Wesley: A well-rounded player who will hustle and can score in variety of ways. He also spent the past two years at Melbourne.

Jarrad Weeks and development player Tom Vodanovich both played for the Southland Sharks this year.

Another development player, Max de Geest, is from Oamaru.

Shea Ili and Tai Wesley are both ex-Sharks as is Braswell, while assistant coach Judd Flavell is the Sharks head coach.

The defending champions have won four of their last five games and are second on the NBL table.

Chris Goulding: Returns from injury to give Melbourne its most dangerous all-round scoring threat. Arguably the best Australian player in the league, he will need slowing down.

Casper Ware: A dynamic guard who is dangerous attacking the hoop. At 18.4 points per game he leads Melbourne in scoring and ranks fourth in the league.

Former Breaker Alex Pledger has been a Southland Shark for the past three seasons, while former Sharks and Breakers coach Paul Henare is Melbourne's assistant coach.