Only one team remains unbeaten.

The South Pac Magic held off a spirited Falcons Dandelions in the women’s club basketball top-of-the-table clash on Tuesday at the Edgar Centre.

It snapped the Dandelions’ season-opening three-match win streak, putting them back in a tie for second with Ajax which claimed a win over the Andy Bay Falcons.

Magic guard Millie Simpson was influential for the Magic, getting to the hoop and often finishing through contact.

She had a game-high 20 points, while Stirling Walker-Pitman and Fay Fualau were also key with 11 and nine respectively.

That trio helped give the Magic a buffer and it led 34-23 at halftime.

However, the Dandelions did not let it get away.

League leading scorer Annabelle Ring — at 22.25 points per game — continued her strong form in dropping 17 points of her own.

She helped the Dandelions close the deficit to five, but again the Magic finished the quarter strongly to lead 51-40 at the final break.

At that point the Dandelions piled on full court pressure and again made inroads.

The Magic began turning ball over and the Dandelions guards, notably Dre Whaanga and Sereana Rokotakala, were able to close the gap once more.

However, three-pointers to Walker-Pitman and Simpson helped keep the Magic ahead, before two baskets to Fualau helped close out the win.

Ajax extended its unbeaten run to three matches — its only loss coming on opening night to the Magic.

It beat the Falcons 62-42, although was made to work for the win by a spirited Andy Bay side.

She had 28 points, taking her to second, behind Ring, on 18.33 points per game, and carried it through the first half.

Nicole Ruske chipped in with 11, while Brittney Young top-scored for the Falcons with 12.

In the late game Varsity claimed its first win of the season, 74-51 over South Pac OGHS.

OGHS remained in touch for much of the game, forward Abby Harris influential with 19 points.

However, a strong finish helped Varsity pull away. Hannah Riddle-Pelchen and Holly McCleery led the students with 14 points each. 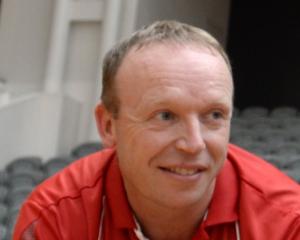 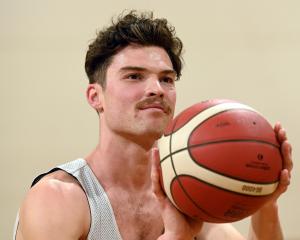