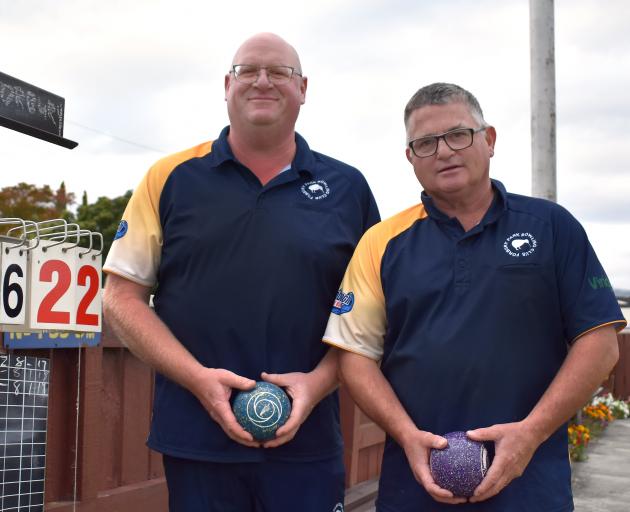 On the eve of the funeral of his father, Bill, Fleming reflected on his victory afterwards.

He said he had been on somewhat of an emotional roller coaster since his father, a stalwart of Otago football, particularly the Caversham club, died last Friday.

He had thought about withdrawing from the competition.

“It's been hard, but I felt better playing. It's what he would have wanted,” Fleming said.

“It was a long emotional day last Sunday.’’

Fleming and Wilson were forced to dig deep in the first round to defeat the Andersons Bay combination of Bob Warren and Neil Little 17-16.

Having cleared this hurdle, they then enjoyed a rich vein of form with a series of dominant victories before beating Wakari pair Jim Cargill and Geoff Purdon 17-13 in the semifinals.

Fairfield pair Doug Thomas and David Natta accounted for the in-form Dunback pair of Mark Harbott and Geoff McLelland in the other semifinal and this pointed to them being a slight favourite to lift the title.

The signs that this would be the case became apparent early on in the final, as Thomas and Natta dominated the first five ends to hold a 5-1 lead.

Wilson changed to the backhand and made every shot a winner, setting up the Forbury pair for five shots on the seventh end to take the lead.

They then hammered home the advantage with a further three shots on the eighth end to march out to an 11-6 lead.

The nagging persistence from the Forbury pair kept them chipping away and stretching their lead, eventually winning the race to 21 in just 16 ends in a one-sided 22-8 victory.

“We got off to a bit of a slow start. The rink was quite free, but once Steve [Wilson] got on to it, we were away.”

“He was always there or thereabouts and it freed me up to do what I wanted to do.

‘‘I had the best lead around today. It was hard work out there and he had a tremendous game.”

The title was Fleming's fourth centre title, and Wilson's eighth, taking him one ahead of his brother, Peter.