Lawson not in tournament to make up numbers 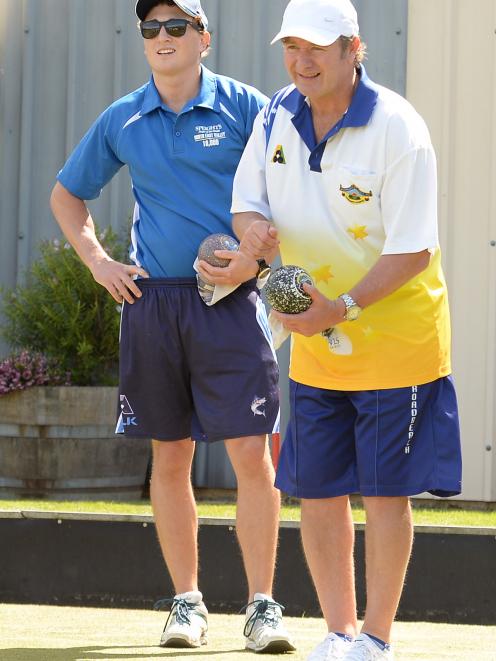 Lawson (52), who runs a building company in Christchurch, has reached the semifinals of the prestigious  singles event six times and been runner-up three times.

"It’s a good field with eight World Bowls champions and it’s going to be tough to win," Lawson said.

"I haven’t come here just to make up the numbers. If you’re in the field and don’t think you can win you shouldn’t be in it."

Lawson comes into the event in good form after finishing runner-up in the Australian Club Fives  on the Queensland Gold Coast last month.

He was part of the Eastbourne club of Wellington that joined the top 19 Australian clubs to play in singles, pairs and fours.

The team of Philip Skoglund, Justin Goodwin, Mike Carroll, Dave Ferguson and Lawson was the first New Zealand team invited to compete in the event.

It was beaten 3-1 by the Broadbeach club in the final.

"We thought a top 10-finish was a realistic goal for us when we started," Lawson said.

"To reach the final was an amazing effort for us."

He played in all the Australian open events during the New Zealand winter and his best performance was to reach the last 16 in the pairs with Canadian Ryan Bester.

Lawson has spent three weeks playing bowls on the Queensland Gold Coast during the New Zealand winter for the past 20 years.

It has been a successful year for Lawson with the highlight being his record 11th title at the New Zealand championships in New Plymouth.

"I was happy to win one but to win 11 titles was awesome and a great thrill for me.

"It was seven years since I won my 10th title and I wondered if it was ever going to come."

Lawson realised  he was not playing enough competitive bowls before the national championships and knew that he needed to make changes to hold the record by himself.

"In the previous six years I was turning up to the nationals underdone and just hoping something would happen. Last season I had a better preparation.

"Now that I have got 11 titles it would be nice to win another couple before I finish and make it harder for others to catch up."

Lawson shared the national record of 10 national titles with the great Nick Unkovich for seven years and Danny O’Connor joined the group in 2015. Unkovich’s last title was in the fours in 1986.

Lawson was also a key member of the Canterbury men’s team that won the  intercentre sevens in  Wellington at the end of last season.

It is nearly a decade since he dominated World Bowls in Christchurch in 2008 but he is still young enough to return to the international arena.

Lawson has an impressive international record and has won five World Bowls medals — two gold, one silver and two bronze.

He last played for New Zealand at the Asia and Pacific championships in Malaysia in 2009 and earlier that year was in the last New Zealand team to win the annual Trans Tasman event.

"I always want to get back in the New Zealand team," he said.

Gary Lawson
At a glance