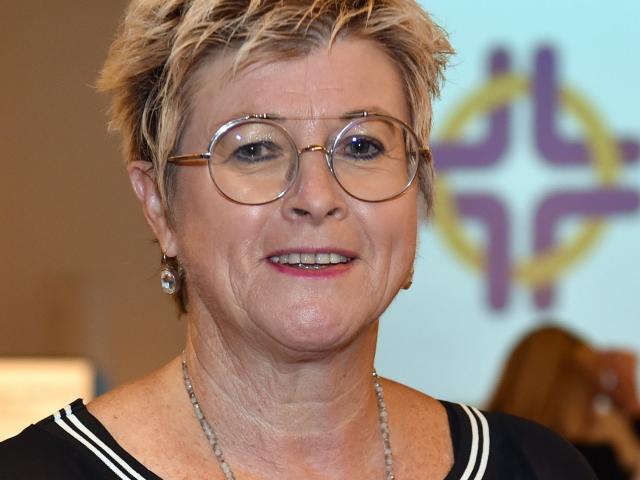 Kereyn Smith. Photo: Gregor Richardson
In a bid to preserve the event’s future, the Commonwealth Games Federation has decided to drop the number of compulsory sports from 16 to two - athletics and swimming - in 2026.

That leaves other sports facing the prospect of having a pinnacle event chopped.

New Zealand won 15 gold medals in nine sports at the most recent Commonwealth Games on the Gold Coast in 2018.

Two of those were in athletics and two in swimming.

In recent years, the Commonwealth Games Federation has struggled to convince cities to bid for the event.

In 2017, Durban was stripped of the right to host the 2022 Games after a trail of missed deadlines and financial problems, leaving Birmingham as the sole bidder.

New Zealand Olympic boss Kereyn Smith, who is also vice-president of the Commonwealth Games Federation, said there was still interest in the hosting of the Games, but cities had changed the way they wanted to host them and which sports they wanted to include.

Smith did not expect a dramatic change in the future and said many of the regular sports would remain in what is hoped to be a 15-sport programme.

‘‘The core sports that we’ve seen on programmes such as netball, hockey and rugby sevens in recent years, along with gymnastics and golf, I’m sure they will largely stay the same.

‘‘It just gives a few more options to a host,’’ Smith said.

One sport desperate to remain in the Commonwealth Games is boxing.

Boxing has been in every Games since 1930 and New Zealand has won 37 medals, including seven gold.

Boxing New Zealand chairman Keith Walker said it is an event in which it could promote its sport.

‘‘That is our key event. That’s an event that historically we’ve preformed very well at and we target that as being our main international event,’’ Walker said.

‘‘So we’d be most anxious to see that it continues.’’

The Silver Ferns finished outside the medals and recorded their worst finish at a Games in 2018.

The campaign to get back on the podium next year is already under way this week in Wellington.

Netball New Zealand chief executive officer Jennie Wyllie said netball was one of the first sports to sell out stadiums at the Games and she was confident that her code would continue to make commercial sense for hosts.

‘‘Netball has got mass appeal across the Commonwealth and actually globally, there’s 20 million participants in netball,’’ Wyllie said.

‘‘It’s really got deep engagement in terms of fans wanting to attend, it has a really strong level of broadcast support so for those reasons on their own, we are sitting in a position of strength with netball.’’

As well as greater freedom to select urban and e-sports in a bid to appeal to younger audiences, host cities would be encouraged to select entirely new disciplines that are popular locally.

Smith said a part of the federation’s plan was an opportunity for there to be multiple host cities within a country.

That could encourage New Zealand, which has hosted the Games three times, the last in 1990, to put in a bid again.

‘‘I think [this does] open the door for more consideration alongside the really good venues that we have across New Zealand and our craziness about sport and our love of many of these Commonwealth sports.

‘‘In particular, I think there is certainly there is conversations to be had about the future hosting of the Games in New Zealand,’’ Smith said.

Halifax in Canada appears to be the frontrunner to host the 2026 Commonwealth Games and a decision is expected in the coming months.