Adjusting to conditions key for Otago U19

The pitches will be flatter, the outfields quicker and the opposition much better.

But Otago under-19 coach Bradley Scott is confident his side will be competitive if it can adjust to the conditions it will strike in Lincoln when the national under-19 tournament gets under way today.

"I’d like to think we’ve got a pretty deep batting line-up," Scott said.

"But I think our biggest challenge for us will be the conditions — adjusting to the flat wickets and the quick outfields and the different-sized boundaries there are at Lincoln.

"That has always been one of the biggest challenges for all the age-group representative teams I’ve been involved with," the former Volts left-armer said.

Beckham Wheeler-Greenall is probably the best known name in the line-up.

He impressed during the under-19 World Cup in South Africa earlier this year. He struck an unbeaten 75 from 83 deliveries in the semifinal against Bangladesh and did his best to drag his country into the final. 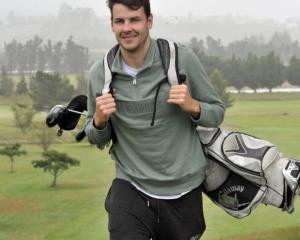