Big-hitting Phillips to make an impact 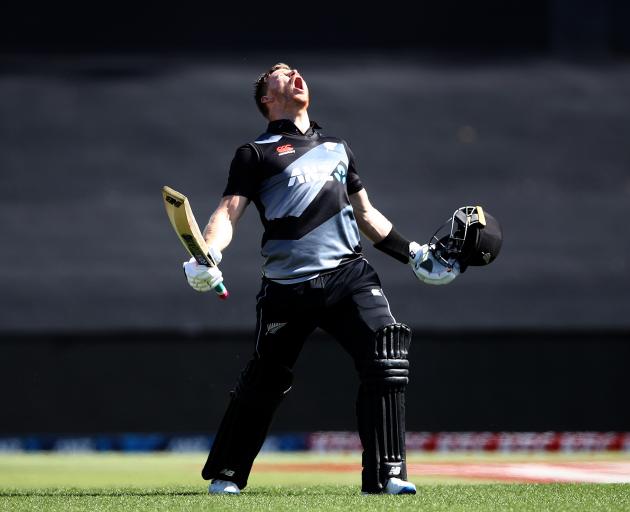 A big hitter on a tiny ground — it is really not much of a contest.

He is sure to test the ground’s dimensions during the opening T20 against Pakistan in Auckland tonight.

The last time Phillips batted in a T20 international he swatted 108 from 51 deliveries.

He followed that up with a century in a first-class game against West Indies A.

Fair to say the 24-year-old seems to have suitably recovered from the yips he suffered on international debut against South Africa three years ago.

"It is good to take some confidence into the series but for me, and probably every other player who plays international cricket, it comes back every ball ... so I’m taking it back to square one," he said.

Phillips is likely to slot in at No4. He batted in that position during the T20 series against the West Indies.

Long-term he is probably the heir apparent for opener Martin Guptill.

Guptill told the gathered media he had not been too impacted by the loss of regular opening partner Colin Munro.

Munro was unavailable for the T20 series against Pakistan, so the selectors opted for Tim Seifert to partner Guptill during the series against the West Indies as well.

"I don’t get affected too much [by the changes]. It is all just part of professional sport," Guptill said.

"People get left out and new people come in. It is just the way it goes.

"I’ve got the opportunity to bat with someone new at the top of the order in Tim.

"We’ve only had a couple of goes at it so it is exciting to keep that going forward."

The selectors sprang a surprise when they named the squad and did not include veteran right-hander Ross Taylor.

Guptill and Taylor have played a lot of cricket together and are close friends.

"I haven’t spoken to him much — just little bits and bobs. But obviously it is not great losing a mate from the team.

"I know what Ross is like and he will come back stronger and he is not finished in T20 cricket yet. I know he’ll be gunning to get back in the team."

Black Caps captain Kane Williamson is expected to return for games two and three of the series. He has been on paternity leave.

His return will mean reshuffling the top order.

For Phillips it might mean he drops down the order a spot to No5.

"Every match the team shuffles around slightly depending on what pitch conditions are like and the ground that we are playing at.

"For me, personally, it is just doing whatever the team needs — whether my role changes, whether I move up or down.

"Obviously with Kane coming back in that is a massive asset to our team.

"Wherever I fit in, I’ll roll with it and do the best I can."

Otago’s Jacob Duffy is in the squad and will be making his debut if he is selected in the playing XI.