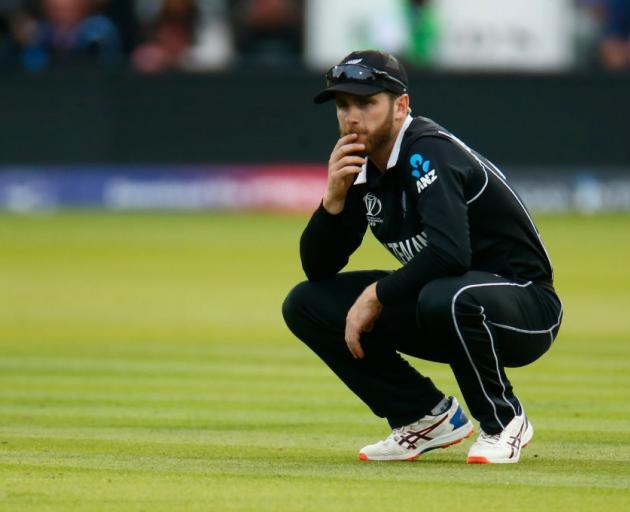 The Black Caps captain said the final at Lord's "feels like an average dream" after the title was decided on a technicality, with a late umpiring error costing New Zealand dearly.

"At the end of the day nothing separated us, no one lost the final, but there was a crowned winner and there it is," said the famously level-headed Williamson.

Williamson told Newstalk ZB's Mike Hosking that the final was "pretty tough to get your head around - I think it will take time to reflect with a rational mind".

"It was a really good effort to get knockout stages," he said.

"We were forced to play a style of game because of the conditions and adopted that really well. We thought it took us all the way but it was not to be.

"The rules are the rules and we all try and play by them as did England who also had a very good campaign."

The Kiwis lost because they had scored fewer boundaries than England, after the teams were tied in normal and extra time.

But even there, most observers regard boundaries as irrelevant in a sport about runs and wickets as one former international put it.

Williamson told Radio Sport Breakfast: "It's a shame that a World Cup final was decided like it was after two teams went at it for such a long period of time and long campaign.

"The rules were there from the start we have to swallow that up and accept it."

The now infamous decision to award England six runs instead of five, when a throw deflected off Ben Stokes' bat, was one of "millions of things" you could dissect, said Williamson.

"It will take a little bit of time…you get waves. You just forget about it for 10 minutes then it hits you again … goodness me what was all that about, was that real?" he said.

"It was an amazing day, amazing game of cricket, but a real shame it was decided after teams couldn't be separated at two attempts at playing cricket but that's the way it goes."

Williamson said the tricky and differing batting conditions had surprised teams in the tournament. It caused a New Zealand re-think, and the campaign turned into one where everyone had to "muck in" to get competitive totals or make successful run chases.

On his late final tactics, Williamson said he made an instant decision to start the Super Over with Jimmy Neesham and Martin Guptill batting because New Zealand needed a couple of boundaries to chase England's 15.

"Circumstances around the final will probably mean guys need a little bit of time to reflect and relax."

IT's just a cup, Reality is Black caps won the world cup and they are Champions. They have won the heart of billions, ask anyone and more then 80% will say, yes kiwis won the cup. There play was far more superior then any other country. In other words, England just got a physical trophy and they also know this fact.