Black Caps miss out by the closest of margins 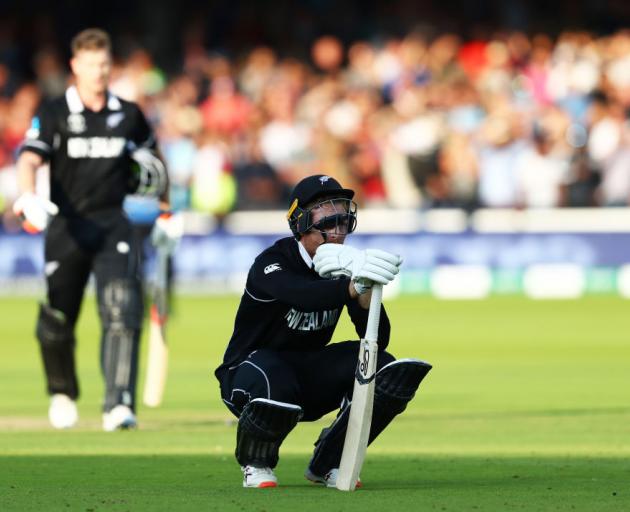 Martin Guptill reacts as he is run out on the final ball of the Super Over by Jos Buttler. Photo: Getty images
After the closest Cricket World Cup final in history there was nothing to separate the two teams with the Black Caps only losing because they scored fewer boundaries.

That's all that stood between the Black Caps and winning the Cricket World Cup.

Jos Buttler whipped off the bails, sending England into ecstasy. They had just won a Super Over – yes, a truly absurd Super Over – by the narrowest of margins.

Guptill's bat was beaten by the throw of Jason Roy, and the lunge of Buttler, leaving the teams tied on 15 runs apiece after the Super Over, after already being tied at the end of an enthralling World Cup final.

It came down to the cruelest of tiebreakers, with the World Cup being decided by boundaries – and England having hit 26, to New Zealand's 17.

So when Buttler smashed the stumps, England went berserk, the Lord's crowd erupted, and Guptill sat slumped in despair. 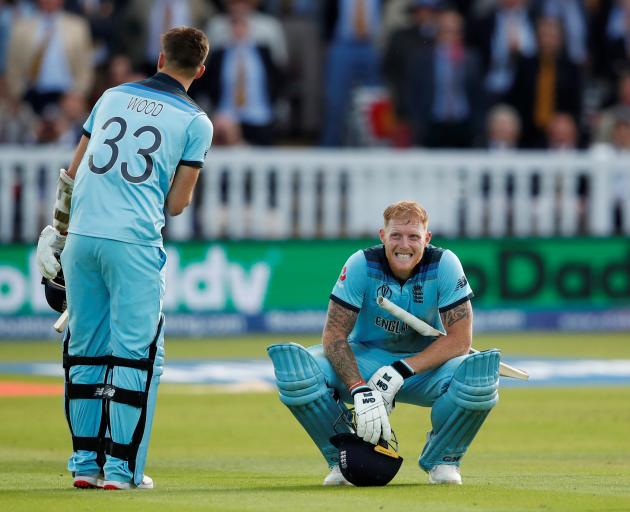 It was cruel. It was incredible. It was one of the greatest sporting encounters you'll ever see.

And it broke New Zealand's hearts.

They didn't deserve to lose. Not like this. Especially not with how the final moments unfolded.

Having set England 242 to win, the Black Caps looked poised for glory, with the hosts needing 22 runs from the last nine balls.

First, Boult looked to have taken the game-defining catch, snagging Stokes on the mid-wicket boundary. But as he stood back to complete the catch, he stood on the boundary rope – turning a match-winning moment into a potentially game-changing six. 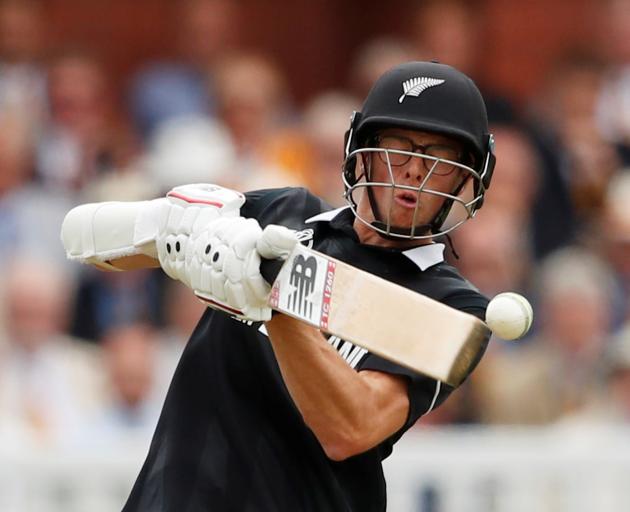 New Zealand's Mitchell Santner is hit by a no ball. Photo: Reuters

The Black Caps fought back though, making the equation tough once more - 15 needed off four, before Stokes sent Boult over mid-wicket. This one wasn't catchable. Nine from three.

Advantage Black Caps – until they were struck by a moment that will go down in cricketing folklore.

A full toss came in, and Stokes smeared it to mid-wicket. Guptill was on it quickly, and went to attempt a runout at the striker's end. Diving for his ground, Stokes inadvertently managed to deflect the throw for four overthrows. Six runs. Instead of a runout, or merely two runs, England needed just three from two balls.

Somewhere, we were nowhere near finished. Stokes could only manage a single from the penultimate ball - Adil Rashid run out trying for a second run - and needing two for victory, the final ball of the innings was a repeat – with Neesham's throw from the running out Mark Wood's attempt for a second run, and sending the game to a Super Over.

Stokes and Buttler – who had earlier rescued England from 86-4 with a 110-run partnership that gave the hosts the chance to win the Cup – came out for the Super Over, and hit Boult for 15.

Needing 16 for victory – and aware of the tiebreaker, the Black Caps sent out Neesham and Guptill. England's bowler – Jofra Archer – started with a wide, before the Black Caps scampered a quick two. Neesham then produced a massive six over mid-wicket, putting the Black Caps in the box seat. 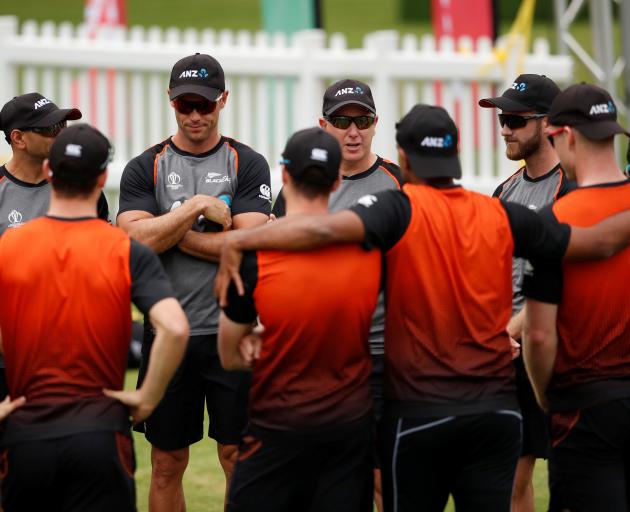 The tension is unbearable. The nerves unimaginable. The scenes unthinkable.

The penultimate ball comes off Neesham's inside edge, and they run a single, putting Guptill on strike, with a chance to be a hero, and claim the ultimate redemption.

He clips the ball towards mid-wicket.

Turns for the second.

And dives, to end New Zealand's 44 years of waiting. 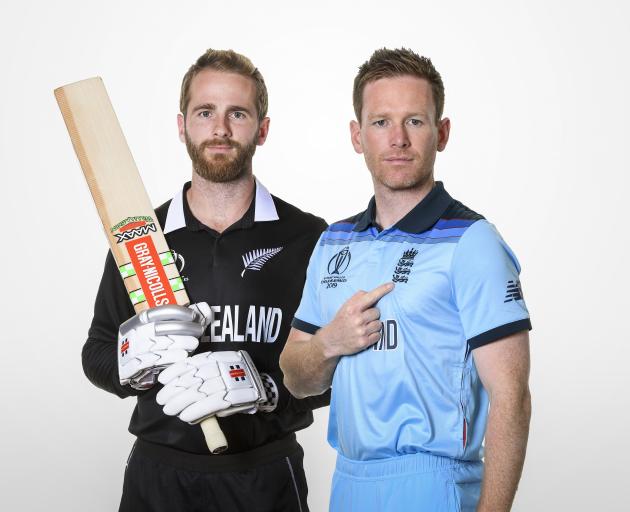