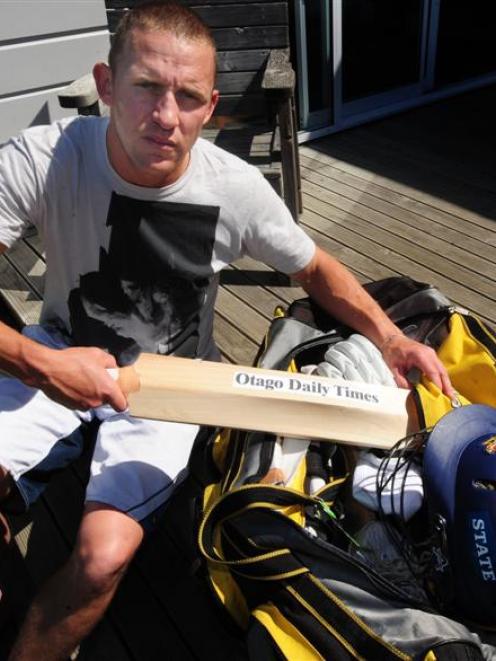 How the wily campaigners perform today could determine the outcome of the State Shield semifinal at the Village Green in Christchurch.

It is a repeat of last year's semifinal, in which Otago prevailed by six wickets thanks to a fine undefeated century by Brendon McCullum.

The world-class wicketkeeper-batsman played an even bigger hand in the final, walloping an incredible 170 from 108 balls to help Otago defeat Auckland in the final and claim its first major title in 20 years.

However, McCullum will not feature today. He is in Australia, along with middle order batsman Neil Broom, preparing for the Chappell-Hadlee one-day series, while Canterbury loses the services of Peter Fulton.

But there is still plenty of talent remaining and some interesting match-ups.

Opening bowler Neil Wagner has made a brilliant start to his career with Otago. The South African-born left-armer has taken 20 wickets at an average of 18.10 runs and is the competition's second leading wicket-taker.

English import Dimitri Mascarenhas has made an impact with both the ball and the bat.

The classy all-rounder has proven tricky to get away for runs and has done nothing to diminish his reputation as one of the best finishes in the game.

The heavy-hitter whacked Daryl Tuffey for five consecutive sixes and has scored 161 runs at 53.66.

For Canterbury, Michael Papps has been in the runs again. The little master is a scoring machine at domestic level and has accumulated 411 runs at 45.66.

Shanan Stewart, who Bond has billed as the best batsman in New Zealand not to have played for the Black Caps, has been in good touch with 371 runs at 46.37.

Aside from Bond, Ryan Burson has had some success with 13 wickets at 25.92.

Last time Otago and Canterbury met he fashioned a magnificent century. His footwork, which has often led to his downfall, has been impeccable and he is timing the ball sweetly.

He was getting out lbw too often and critics blamed his pre-delivery movement.

"I feel more comfortable and I'm getting into a good position to hit the ball," he said.

The last time Otago and Canterbury met, Otago had the better of the occasion dealing out a 125-run drubbing at the University Oval earlier this month.

But Bond, who made a slow start to the one-day tournament, bowled a superb opening spell claiming the wickets of McCullum and Shaun Haig with his trademark inswinging delivery.

The speedster has not been eligible to play for the national side since signing with the rebel India Cricket League but he remains one of the most threatening bowlers in world cricket.

"He's playing well and is crucial to their hopes. But we're not going to single him out and be too defensive against him.

"If he's swinging it, it makes him twice the bowler because then his variations come into play.

"He's also got the one that goes on straight. But if there is a blue sky over QE II then there is not going to be a lot of swing there at all.

"We'll be hoping for that but if it does [swing] we have some plans in place."

Otago has made one change from the side which lost to Wellington by one-wicket in Invercargill on Sunday.

Sean Eathorne comes in for Broom. It will be Eathorne's first game for Otago since February, 2006.

He has played three one-day games for Otago and scored 73 runs from three innings.

The Carisbrook-Dunedin right-hander has been in good form for Otago A and took a brilliant catch in the outfield as a sub fielder when New Zealand played the West Indies in a test at the University Oval in December last year.

Veteran all-rounder Chris Harris returns after a stint playing beach cricket in Australia. He will bolster the batting in Fulton's absence.

The rest of the side remains unchanged.

The forecast looks promising with morning cloud burning off and southerlies dying out. There is no reserve day.

If the game is abandoned because of poor weather, Canterbury will progress to the final against Northern Districts in Hamilton on Saturday.