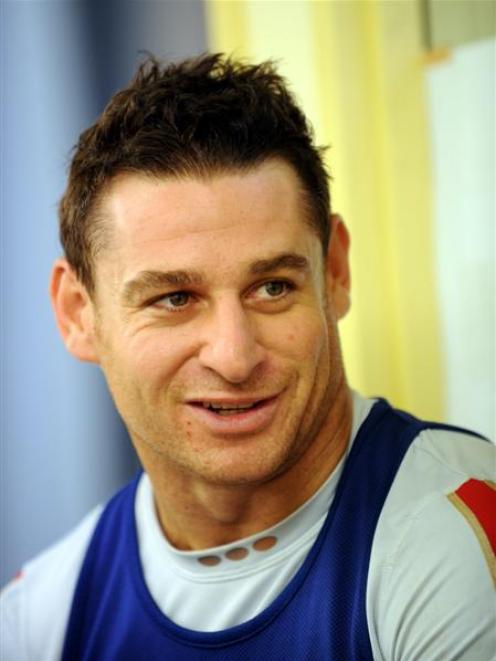 The nuggety all-rounder has been one of the form players in the twenty/20 tournament, helping steer Otago to three consecutive victories. But that form has not gone unnoticed.

Yesterday, McCullum and team-mate Ian Butler were called into the Black Caps squad for the one-off twenty/20 match against Australia in Sydney on Sunday.

McCullum and Butler will play for Otago today in a top-of-the-table clash against Auckland at the University Oval, before joining the Black Caps in Australia tomorrow. It is McCullum's second stint in the national side.

He was part of the New Zealand team which contested the inaugural twenty/20 world championship in South Africa in 2007.

The older brother of New Zealand wicketkeeper-batsman Brendon McCullum, the 28-year-old believes he is a more experienced player since he last donned national colours.

He has always been an excellent fielder and his bowling has improved steadily in the last few years. But it is in his batting that he has made the biggest strides.

An instinctive and impulsive player, McCullum is making fewer of the rash decisions which used to lead to his downfall.

And he is one of those rare players who can strike the ball with both power and inventive strokes from the moment he arrives at the crease.

He has been relishing the extra responsibility this season.

In Cumming's absence, he has taken over the captaincy and is shouldering more work with the bat, coming in as high as No 4 in the twenty/20 games.

"I've been given a lot more opportunities with the bat and it is just about taking them," he said.

And take them he has, scoring 140 runs in three innings.

He has only been out once in the tournament, which has left him with the impressive average of 140 - a number which brings a smile to his face.

"It has been great but I think a lot of it is due to the top order. The top three have done a fantastic job and they have set it up for the likes of myself and Dimi [Dimitri Mascarenhas] to come in and have a bit of a lap at it later on."

McCullum has picked up four wickets at 17.25, although he has conceded more runs than he would probably like.

He has been going for 9.85 runs an over, but that has hardly mattered with Otago accumulating three 200-plus totals.

"We've targeted this competition, especially after the disappointment of the one-dayers."

It might pay to bring a blanket to this evening's match.

The afternoon looks nice but the forecast is for a few showers early and cold southwesterlies.