PHOTO: ODT FILES
University-Grange president Andrew Hore believes his club needs to rediscover its identity not lose it in a merger.

News last week the premier grade would be reduced from seven teams to six this season was followed by some less than opaque criticism directed at University-Grange.

Kaikorai and Carisbrook-Dunedin will merge their premier grade and second grade teams this summer.

But some members of the cricket community felt University-Grange was the logical candidate to form a new alliance instead.

It has struggled to compete since rejoining the top grade two seasons ago following a four-year absence.

Petrie saw a pressing need to reduce the tournament to six teams from a sustainability point of view and Hore said the club had considered the move.

But it rejected a proposed amalgamation with Carisbrook-Dunedin and was also reluctant to give up its identity having worked so hard to survive during the past decade and a-half.

"We were definitely open to the idea but I don’t think it would have been a positive thing for University-Grange to merge with CD," Hore said.

"We are looking to stay in the university area and have new plans down there in the future.

"It would have probably been easier to merge and have taken a bit of stress off the committee work-wise. But the reality is we are working hard to develop some grassroots pathways for younger guys who need to have opportunities.

"Having a merge at the top end is probably providing less opportunity."

While Hore acknowledged the club had struggled in the top grade, and recruiting new players was a big challenge as well, he was keen to provide some historical context.

University-Grange had six teams in 2003. Its clubrooms were at the bottom of the grandstand at the University of Otago Oval and its playing surfaces were the envy of every club.

But it was displaced when the Otago Cricket Association relocated from Carisbrook to the University of Otago Oval in 2004.

"They gave us a ground behind the grandstand for three years and then Otago Cricket decided to use that as a practice block, so we didn’t play any more senior cricket on it.

"Then they put us over on Logan Park, where the artificial grounds are now, for a year or two which was a bit depressing going from where we had been."

The club’s practice nets were unsuitable because of the setting sun and low bounce.

"We don’t use them and haven’t used them for probably 10 years. They might be used for lower-grade throw-downs or something.

"So we are looking at building new facilities down there. We’ve decided that we are not going to stand around."

Hore has "made some noise", as he puts it, and said the OCA had agreed to let University-Grange use the longroom when it is not being used for functions.

"So we’ll get to meet back there and present the players-of-the-day awards and have catch-ups on a Saturday night just for a short time.

"It is a dying tradition and we want to bring it back."

He is also going to push to play "two or three" games on the University of Otago Oval. It is ambitious but only fair, he argued.

"If Otago Cricket had any empathy or understanding of where our club has been, and how it has been travelling for the last 17 years while they have been soaking up all the ethos for having an amazing ground, then it wouldn’t forget about what they took off University-Grange." 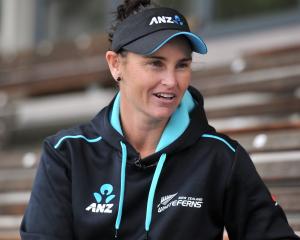 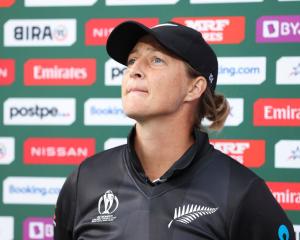