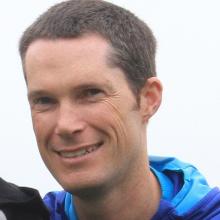 Drew is also a talented wicketkeeper and he once rivalled Brendon McCullum for the Otago gloves.

Duncan has now played 143 innings in his 91 matches for North Otago.

He has been not out on eight occasions and has a career average of 20.61. His highest score has been 102 and he has passed 50 on 10 occasions.

According to North Otago statistician Scott Cameron, Drew has been dismissed for ducks on 23 occasions and so far in his career he has hit 254 fours and 11 sixes.