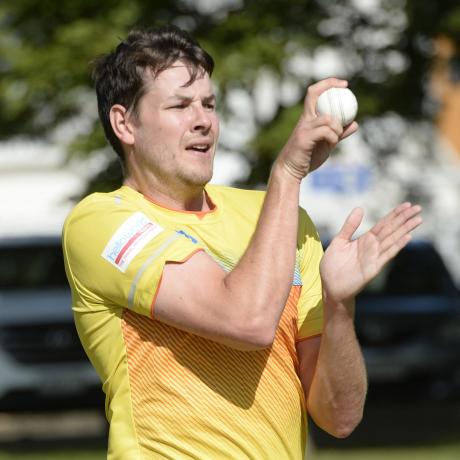 Jacob Duffy. PHOTO: GREGOR RICHARDSON
The season came to an abrupt halt just as Otago was getting on a roll in the four-day competition. It made the playoffs in the other two tournaments in what was a pretty decent summer, reports cricket writer Adrian Seconi.

Remember all those last-place finishes Otago was stacking up not so long ago?

The batting collapses? The lack of penetration with the ball? The internal navel gazing?

The Volts were a team down on their luck, down on confidence and down and out.

It was hard to watch. But that is what has made their resurgence so, so enjoyable.

The Volts won back-to-back first-class games to sneak into third place before the tournament was called off early.

They made the playoffs of the Super Smash and the final of the one-day tournament.

They played tremendous limited-overs cricket and have improved their first-class cricket a lot.

Otago is still a bunch of battlers. The Volts do not have a Devon Conway, or a Martin Guptill or a Lockie Ferguson.

Or maybe they are better than battlers. Captain Jacob Duffy is certainly better than that.

He has carried a lot on those broad shoulders this season and he has seldom buckled.

If he is not named Otago player of the year at the awards ceremony which has been cancelled, then there ought to be an inquiry.

Duffy has been well supported by Nathan Smith, who continues to enhance his reputation as a quality all-rounder. Smith combined in some epic batting partnerships with another promising all-rounder Michael Rippon.

Rippon was actually Otago’s leading scorer in the Plunket Shield with 364 runs at an average of 72.80.

And pace bowler Michael Rae has a bit of Neil Wagner about him. He brings energy with the old ball and can turn a game when he is firing.

But perhaps the biggest factor in Otago’s turnaround has been the arrival of some more batting power.

Nick Kelly and Dean Foxcroft were tremendous in coloured clothing and the old firm of Hamish Rutherford and Neil Broom more than kept pace with their younger team-mates.

The result was exciting to watch. The Volts played a really attractive brand of T20 cricket with Rutherford and Kelly going hard at the bowling.

Kelly was the third-leading scorer with 398 runs at 44.22, while Rutherford’s strike rate of 173.37 was the highest of any player who faced more than 15 balls during the tournament.

Rutherford was forced to retire hurt during the one-day final against Auckland at Eden Park Outer Oval. It was a momentum changer and Auckland went on to clinch a two-wicket win.

It may have been different if Rutherford was able to continue. The Volts may have won a trophy to reward what was an excellent campaign and a very decent season in all.