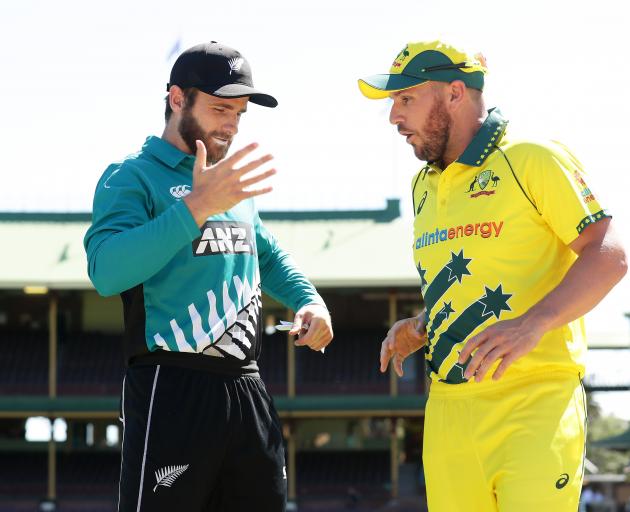 By Saturday evening they were packing again.

The remaining two games of the Chappell-Hadlee ODI series and the three-game twenty20 series in New Zealand were immediately postponed following Prime Minister Jacinda Ardern's announcement on Saturday that tough new travel restrictions would apply from 1am this morning to combat the spread of Covid-19.

The restrictions made the upcoming T20 series between New Zealand and Australia untenable.

Game one of that series was to be staged at Dunedin’s University of Otago Oval on March 24 and was expected to be sold out.

The capacity had been increased to 7500 to cater for the extra demand. But that game will not longer go ahead as planned.

Dunedin Venues chief executive Terry Davies could not be reached for comment.

However, last week he told the Otago Daily Times the match was insured if the game was washed out. Whether the insurance cover includes a global pandemic is unclear.

What is clear is cricket fans in Otago have been robbed of a second international match this season.

The White Ferns’ T20 against South Africa on February 13 was abandoned without a ball bowled due to poor weather.

In a statement, New Zealand Cricket said it believed ‘‘both these series can be replayed in their entirety at a later and more appropriate date’’.

However, while the official language describes the Chappell-Hadlee ODI and T20 series as postponed, it would not be a surprise if the games ended up being quietly cancelled.

NZC said the bulk of the Black Caps squad were scheduled to fly home on Saturday evening.

The team suffered a bruising 71-run loss in the opening game. Australia had stumbled to 258 for seven on a tricky surface at the empty Sydney Cricket Ground — the match was played behind closed doors.

The Black Caps’ laboured chase came to an end in the 41st over, when the side was dismissed for 187.

Pat Cummins took three for 25 from eight overs, while David Warner top-scored for Australia with 67.

Martin Guptill top-scored for New Zealand with 40 but never found any rhythm at the crease.

Mitchell Santner was the pick of the New Zealand bowlers with two for 34, while Ish Sodhi took three for 51.

Under the travel restrictions imposed by the New Zealand Government, every person arriving in the country for the next 16 days will be required to self-isolate for 14 days.

People travelling from the Pacific Islands are exempt unless they show symptoms.

Black Caps pace bowler Lockie Ferguson has been cleared of Covid-19 after being tested in Australia.

He complained of a sore throat following Friday’s ODI.