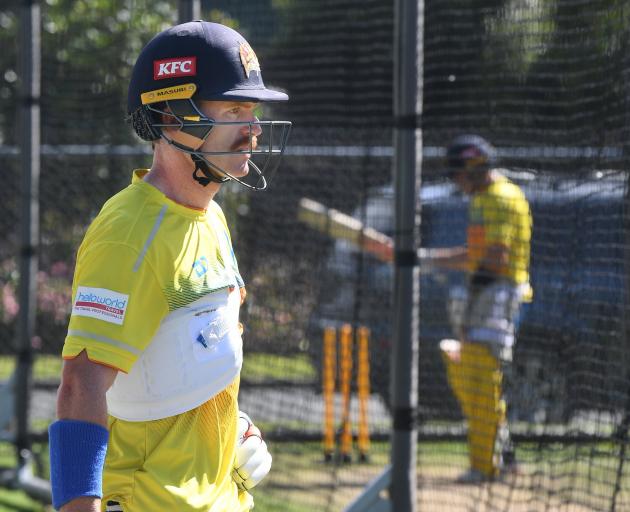 Otago Volts batsman Nick Kelly trains at the University Oval on Tuesday. PHOTO: STEPHEN JAQUIERY
Following up a breakout season can be tough.

Nick Kelly has discovered that.

A year ago, the Otago Volts batsman piled on the runs in the limited-overs competitions in his first summer with the team.

This season those runs have been harder to come by.

Last Friday may have been an indicator of the beginnings of a return to that blistering form though.

The 27-year-old scored 75 off 54 balls in a losing effort against the Central Stags.

He admitted to still not feeling at his best during that innings.

But he said it was great to be able to find ways to score runs despite that.

As the side prepares to play the Wellington Firebirds at the University Oval today, he will be hoping for more.

Mentality can be key in those times and Kelly was viewing it as a challenge, as opposed to seeing it as pressure.

"You sort of expect exactly the same, if not more, going into the following season.

"I guess I haven’t been quite where I want to be.

"I’m also quite hard on myself so that’s been quite frustrating sort of searching for that form.

"It’s also quite an exciting challenge going through that.

"We’re only four games in. It was nice to get those runs the other day.

"But there’s plenty of cricket left in the season, so hopefully I can find some form again."

Wellington poses a tough challenge in terms of opponents to do that against.

It has won all four of its matches so far and brings a quality line-up.

With the bat, Devon Conway, Tom Blundell and Jimmy Neesham are all internationally proven quantities while Hamish Bennett and Neesham have both proved dangerous with the ball.

"They’re unbeaten so far and they’ve got some players that have been playing for a long time.

"I guess the good thing about that is you know exactly what they’re going to bring. We’ve played most of these guys for a number of years now.

"We’ll have our plans and hopefully we’re the better team on the day."

He added he felt the Volts were still yet to find their best form, making it encouraging that they had won two of their four games.

The Volts have named an unchanged side for today’s match. 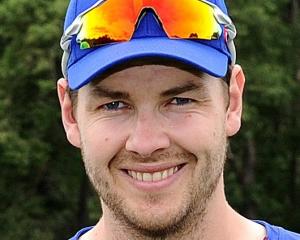