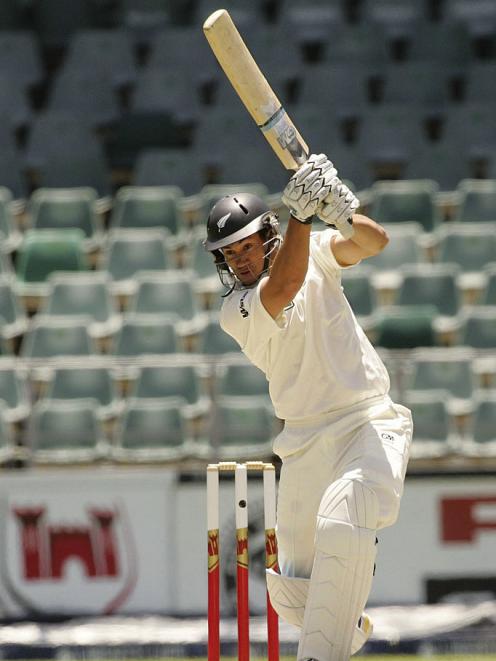 New Zealand batsman Ross Taylor plays through the offside during his first test, against South Africa at Wanderers Stadium in Johannesburg in November 2007. Photo: Getty Images
As Ross Taylor brings up his 100th test, a former coach and captain of the national side says Taylor’s loss of the captaincy might have helped his career.

Taylor will become the fourth New Zealander to play 100 tests when he lines up at the Basin Reserve on Friday as the Black Caps take on India in the first match of a two-test series.

He made his debut for New Zealand in an ODI in 2006 and then made his test debut a year later against South Africa in Johannesburg.

Former New Zealand captain and coach Glenn Turner said Taylor was obviously one of the best batsmen the country had produced. Losing the captaincy to Brendon McCullum after a tour of Sri Lanka in 2012 worked to Taylor’s advantage.

‘‘You have to give him credit for his longevity particularly after how upset he was with the captaincy issue. In some ways, it may have helped him.

‘‘People need to focus on their own game and not be distracted by external influences,’’ Turner said.

Turner said T20 cricket had humbled Taylor and might have cost him a fortune.

‘‘It has been an Achilles heel for him, significant enough because of the nature of the game. He could have easily made a fortune out of the game if he had given away the slog-sweep.

Turner did not like comparing players from different eras because of issues such as different conditions, strengths of attack and rule changes.

‘‘But he has certainly proved his worth for a long period of time. Good on him for continuing. If he wants to keep going then he can.

‘‘He will know when the time is right to move on. All of us get to a point when you know it is time to move on.’’

Taylor, who turns 36 early next month, has indicated he is keen to keep playing and has one eye on the World Cup in India in 2023.

Turner said there was much now more international cricket than when he played although international players used to line up in county cricket in England right through the week.

Taylor was a composed batsman although he undid a lot of that in T20, Turner said.

Just with the hectic nature of T20 games meant Taylor lost concentration at times and was not as cool and calm as he was in 50-over games and tests.

Turner was not a fan of T20 cricket calling it the ‘‘fossil fuel’’ of the game.

Turner has just written a book due to be electronically released in April. 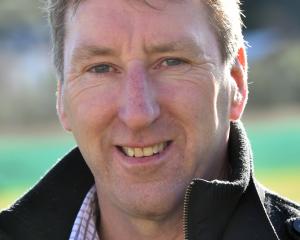