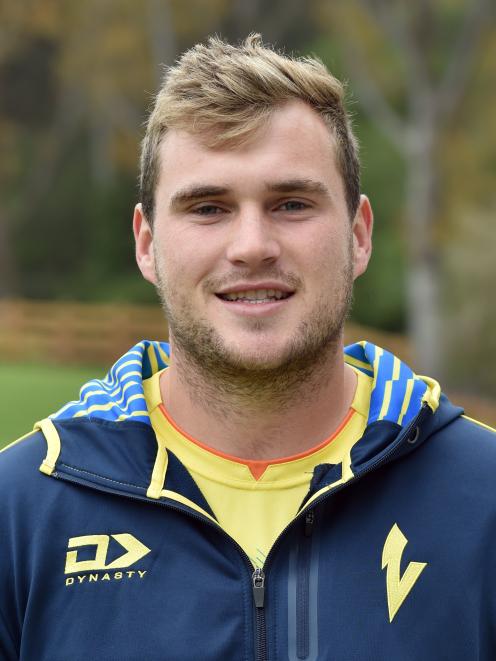 Dean Foxcroft
Another professional sports person has been granted entry to the country but Otago cricketer Dean Foxcroft remains locked out.

English shooter George Fisher will link up with the Southern Steel for the ANZ Premiership this season.

She joins a growing list of athletes who have been granted a border exemption.

Japanese loose forward Kazuki Himeno was recruited by the Highlanders and arrived in the country last month.

And American Isaiah Moss and Australian Geremy McKay will join the Otago Nuggets in the National Basketball League this year.

Foxcroft, who was born in South Africa, left New Zealand in March last year and has been stranded in the Republic unable to return because of the border restrictions put in place following the outbreak of Covid-19.

At first glance it hardly seems fair that someone who has spent two summers in New Zealand, and who wants to qualify to play cricket for his adopted country, is not allowed to return, whereas the above hired guns have been able to secure exemptions.

New Zealand Cricket Players Association (NZCPA) legal counsel and player services manager Henry Moore said they could not comment on the other cases.

"But in Dean’s situation it came down to the visa requirements.

"He was on a specific purpose visa which expired while he was out of the country.

"From our perspective and Otago Cricket’s perspective, we exhausted all options that we had in order to apply for the appropriate visa and the border exemption but unfortunately none of them were successful."

What appears different about Foxcroft’s case is the length of the visa and the fact the 22-year-old wants to bring his partner with him to build a life here.

"His ultimate goal is to play cricket for New Zealand and he is a very competent cricketer, so everyone is doing all they can to support Dean coming back."

To that end Moore said the NZCPA and the Otago Cricket Association would continue working with Immigration New Zealand to help get Foxcroft back into the country.

However she has been able to return. She had her border exemption granted on the basis she has played for the White Ferns and needed to be back in the country to prepare for coming campaigns.

Foxcroft is an Otago contracted player and has continued to be paid his salary during his absence. He pays tax on that income.