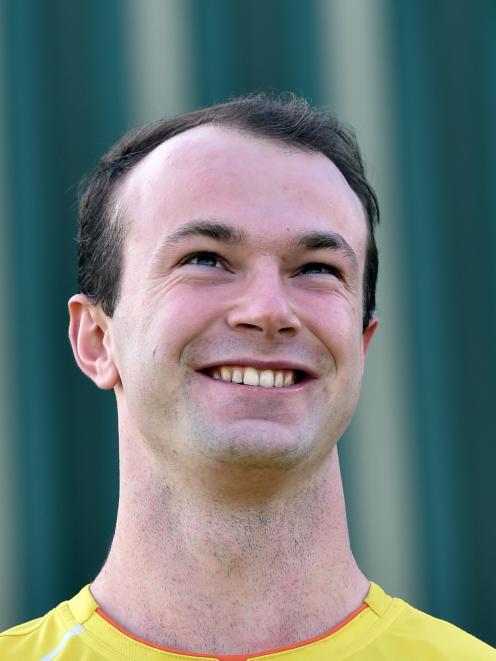 He has been named in the Volts side to play Canterbury in a one-dayer in Rangiora today.

The seamer has been sidelined since picking up a hamstring complaint in October.

It has been a frustrating wait for the 26-year-old. But his return could not have come at a better time.

The Volts are missing key all-rounder Michael Rippon. He is out with a muscle strain and is a week or so away from a return.

Fellow all-rounder Josh Finnie is still experiencing concussion symptoms and it is unclear when he will be back.

And top-order batter Dale Phillips is on family leave while he awaits the birth of his first child. He is expected to be available for round 9 of the Super Smash.

Opener Mitch Renwick will replace Phillips in the side. He found some good form in the Plunket Shield earlier in the season, notching a couple of centuries.

The 21-year-old last played for Otago in 2018. He is a very promising tweaker but has found opportunities harder to come by than Ajaz Patel’s chances of playing a test in New Zealand

Regular spinners Anaru Kitchen and Rippon are accomplished batters and have monopolised the opportunities.

Lockrose may end up carrying the drinks today but he is one to watch for the future.

The Volts are on a five-game losing streak in coloured clothing but coach Dion Ebrahim is excited to have Rae back.

"Having him back not only adds to our bowling strength but he also brings value in a team capacity.

"It has been a long time coming and everyone is happy to have him back on the park."

Four of the past five losses for Otago have been in the Super Smash, but its last one-day game was a one-sided affair.

Wellington strolled to a comfortable 95-run win after posting 333 for nine.

There is a positive to cling to for the Volts, though. Their last win was against Canterbury in a one-dayer in Dunedin in mid-December.

Seamer Jacob Duffy (two for 28) and Kitchen (three for 36) bowled tremendous spells, while Matt Bacon scooped up four wickets to help his side dismiss Canterbury for 222.

Otago overhauled the target with five wickets and plenty of overs in hand.

More of that, less of other.