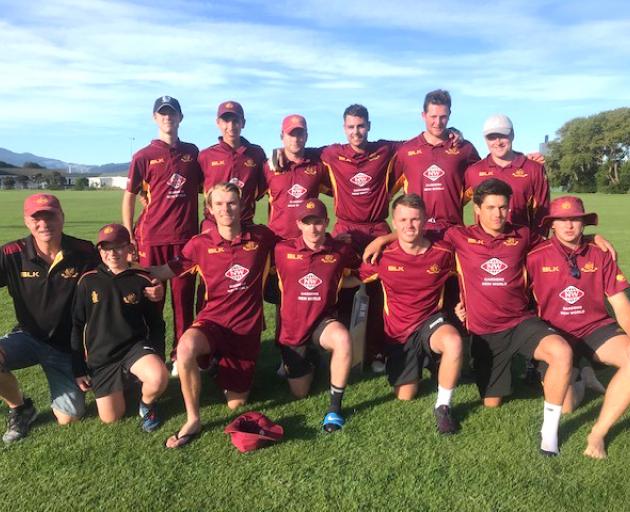 The Dunedin Cricket Association (DCA) axed the annual awards evening due to the coronavirus.

But the awards were allocated last night and there are some very worthy recipients. perhaps none more so than St Hilda’s Collegiate coach Neil Rosenburg and Kaikorai Junior Cricket Club stalwart James Ussher.

Rosenburg received the services to cricket award for being ‘‘an absolute legend in the girls secondary school cricket environment [and] leading St Hilda’s cricket from 1998 to 2019’’, Otago Cricket Association operations manager Tim O’Sullivan said in a release

Rosenburg guided the team to two national titles (2016 and 2019) and led the side into the national finals for 10 consecutive seasons from 2010-19.

He decided to step down at the end of the season after more than three decades in the role.

‘‘Neil has been a positive influence on our game and Dunedin Cricket wish to thank him and congratulate him on his successes and service,’’ O’Sullivan said.

‘‘Neil has inspired many girls to be part of the game and has mentored them and followed [their] progress from school to national domestic level for the Sparks and he his very proud of his White Fern, Kate Heffernan.’’

The DCA Cup for outstanding contribution to cricket was awarded to Ussher.

In the 2019-20 season he coached two junior Kaikorai teams, the Dunedin year-7 team, was on the Dunedin junior cricket committee and served as the secretary of the Kaikorai Junior Cricket Club — a big workload considering in his day job he is a clinical microbiologist and has been at the front line of the public health response to Covid-19.

When the season was called off with two weekends remaining, it had a 21-point buffer on the second-placed side, Albion.

It was North East Valley’s first senior banner since the1995-96 season and just the fifth in the club’s history.

Club chairman Bryan Johnston said it was very satisfying to end the drought.

‘‘The club has been working hard in recent years to establish the environment for success, with emphasis on player recruitment, support for its junior teams, and links with local secondary schools, but the Bing has eluded us to date.

‘‘The depth of talent in our wider senior squad was the key to our success this season.

‘‘I also have to acknowledge both the important role Sheldon Kindley played as manager of the senior team and the contribution of our hard-working committee members to a successful season.’’

Albion was unbeaten in the senior declaration tournament, though, and picked up that trophy. Taieri won the 50-over competition, while North East Valley and Kaikorai shared the twenty20 spoils.

Fringe Otago and North East Valley seamer Travis Muller was named player of the year. He took 33 wickets at an outstanding average of 11.27 and chipped in with 264 runs at 37.71.

The senior batting award went to Green Island’s Gregor Croudis (589 runs at 58.9) and the bowling honours to Carisbrook-Dunedin’s Kurt Johnston (40 wickets at 14.75).