Rutherford eyeing Black Caps with drop down the order 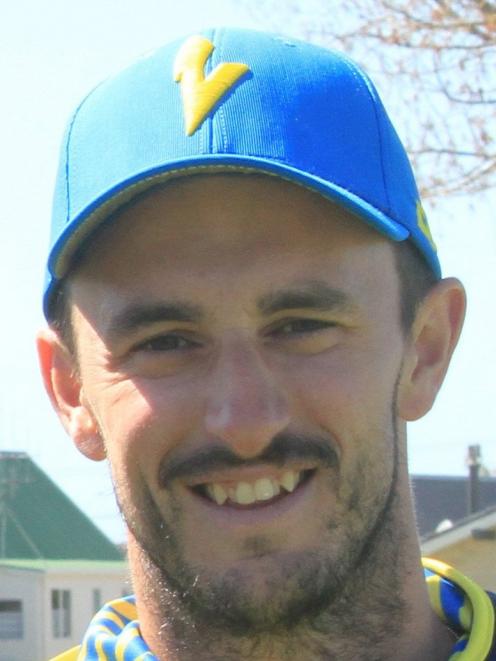 It had nothing to do with helping spread the Volts’ experience through the order.

Having opened the batting for the majority of his lengthy career, the left-hander was ready for a new challenge.

The former international also still harbours ambitions of adding to his 16 test appearances and feels it is the best way back into the national side.

"After 100-odd games of opening the batting I feel like I’ve shown what I can do," he said.

"And if you look at the New Zealand side there is potential opportunities in the middle order maybe. And I guess I want to show that I can do that, so there is an element of that in it.

"I’m 31 now, so I’m not at the start of my career and it is a nice new opportunity to challenge myself in a different area.

"If I can score runs there it is going to be very valuable for Otago moving forward."

Rutherford has played 105 first-class games — 58 of those for Otago — and most of them have been at the top of the order.

He has not been able to make the move to No 4 work just yet. He has posted scores on 6, 9, 4 and 28 and been part of an underperforming top five.

Otago has endured back-to-back losses to open the season and will be looking for a more positive result in its round three fixture against Wellington which gets under way at the Basin Reserve today.

"I guess we’ve been caught on the hop a little bit with some very good bowling at times and in early season conditions.

"It is not necessarily an excuse but sometimes it is just the reality.

"With the ball I think we’ve been outstanding. If we can turn up with the bat in the first innings, then I think we’ll be in a nice position."

Wellington has been rolled twice by Canterbury and will be equally keen to produced an improved batting effort.

Future Black Cap Devon Conway has been holding the defending champion’s batting line-up together for a couple of seasons and shapes as the key wicket.

He was the leading scorer in all three formats last summer and is back at the top of the first-class list again this season.

"If you take away his runs ... their batting line-up actually looks vulnerable."

Otago is missing wicketkeeper Max Chu and seamer Matt Bacon. Chu’s absence means Mitch Renwick will take the gloves and there is likely to be a reshuffle of the top five.

Rutherford did not want to give away any details other than to say "we might throw something different at Wellington".

Wellington wicketkeeper Lauchie Johns will return for the Firebirds in the only change to the side.