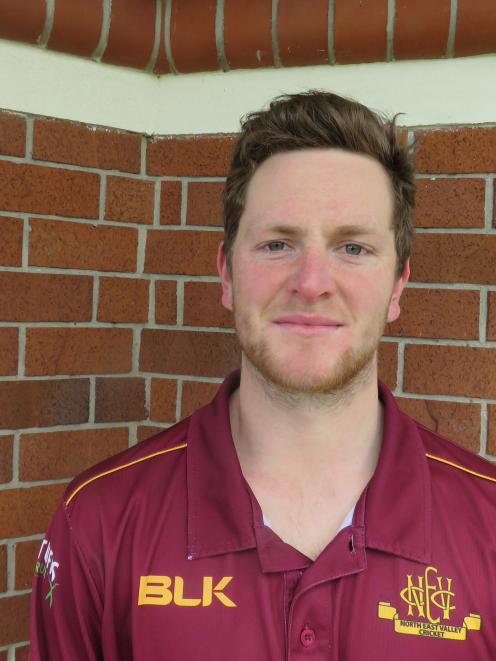 Taieri had it all its own way at Brooklands on Saturday.

It thumped University-Grange by 229 runs.

The home side batted first and posted a formidable 335 for five.

Beckham Wheeler-Greenall topped scored with an unbeaten 83 from 78 balls. But he had plenty of support.

Tom Dempster clouted 73 from 44 balls in an innings which featured 11 boundaries and three sixes, while Harsh Visavadiya (52) and Cameron Jackson (40) put on 77 for the first wicket to set up a platform from which to launch.

The bowling figures make for painful reading but Jithendra Ratnayake took two for 53 from 10. That was very decent, considering the context of the game.

University-Grange's chase staggered early and collapsed relatively quickly. The side could only muster 106 in reply.

Sam Cluely top-scored with 26, while Tom Myles took three for 28 to help clinch the big win.

And all-rounder Corey Perrett also played a critical role in the nine-run win against Albion.

The New Zealand indoor cricket representative posted an undefeated knock of 38 and took four for nine to rip the guts out of Albion's reply.

But it was Griffin who got his side back on course after a dodgy start. North East Valley was 67 for five. Josh Cuttance had claimed three wickets and the visitors' innings was teetering dangerously.

Griffin dug in and combined with Perrett to add a valuable 58 for the seventh wicket.

That helped their side post 201, which proved just enough.

Albion slumped to 17 for three but got back on track thanks to Tommy Clout. He threaten to win the match for his side with an undefeated 73.

But Perrett wrapped up the Albion innings for 192 when he bowled No11 Sam Angus for four.

Green Island paced its chase superbly to beat Carisbrook-Dunedin by seven wickets in a low-scoring match at Sunnyvale.

The visitors were restricted to 175 for nine thanks to some tight bowling by Christi Viljoen (none for five from five), Mark Joyce (two for 22 from 10) and Jack Mockford, who took three for 26 from 10.

Anjus Bhogal topped scored for Carisbrook-Dunedin with 45, while Will O'Brien swatted 42 form 53 balls.

Otago opener Camden Hawkins also made a solid contribution of 25. He is returning from a broken finger.

Green Island made a considered chase. Joel Mead added patient 42 from 74 but Gregor Croudis (57 not out) and Viljoen (28 not out) combined in an undefeated stand of 74 to secure the win with 4.2 overs remaining.

Kurt Johnston claimed two for 24 in a solid spell of 10 overs, and Richard Sillars was excellent as well, with one for 15 from 10.