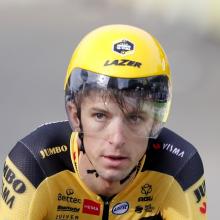 George Bennett
The New Zealand jersey will be on display with pride in the major cycling races in Europe after WorldTour professionals Georgia Williams and George Bennett claimed respective road race crowns at the national road championships in Cambridge yesterday.

Williams, who will ride her fifth season for Team Bike Exchange, sprinted her way to her second road race title in the elite women, while Bennett (Team Jumbo-Visma) claimed his first national championship with a stunning solo display.

Williams added the road race title to the time trial honours she won on Friday, having achieved the same feat in 2018.

Bennett has been runner-up twice in the road race and finished second in the time trial on Friday by 0.7sec.

Both Williams and Bennett made late decisions to head home for the summer and both got out of managed isolation before Christmas, giving them limited build-up for the championships. 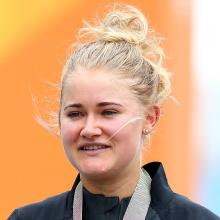 Georgia Williams
Williams showed her experience to come off the wheel of local rider Kate McCarthy’s wheel in the sprint to claim the road race honours and complete an outstanding weekend before she heads back to Europe.

“It was in the back of my mind to go early, because if I waited too long the sprinters might have been able to hang on. I was a little bit uncertain that maybe I had gone a little bit too early but I knew Kate was super-strong and we would be OK,” Williams said.

There was concern when a 21-strong break that whittled down to 14 riders, including nine from the powerful Blake Spoke Pro Cycling team, opened a lead of more than 4min in the men’s race over 174km.

Bennett joined former under-23 champion Michael Vink (St George Continental) and time trial winner Aaron Gate (Black Spoke) to emerge from the peloton and reduce the break to less than 2min on the second of four loops of the testing circuit.

He finally caught the break on the last climb of French Pass.

Bennett pushed at every opportunity and 8km to go, he opened a 10sec advantage.

He rode home solo, winning in 4:15:17 with nearly two minutes to Stewart. Torckler was awarded third, after Vink was relegated for venturing off his line in the sprint.