0 Comments
Palmerston North’s Campbell Stewart’s star power was on display on the opening day of the Tour of Southland yesterday.

The Olympic silver medallist and his Bolton Equities Black Spoke Pro Cycling team made a flawless start in challenging conditions, winning the team time trial prologue in the early afternoon before returning to Invercargill’s Queens Park and setting Stewart up for the stage victory in the 42km street race on the same course.

“The boys executed well and got me into good positioning and I managed to get out in front and light it up for the finish,” Stewart, who famously stepped in for an injured Aaron Gate and won silver in the omnium in Tokyo earlier this year, said.

“We had guys pretty much in every move all day. We had Logan [Currie] off the front for quite a while, so it made my life easy. Looking at it, I knew it was a stage for me and it’s a good way for us to start the tour, a couple of stages already, and hopefully the rest of the week goes well.”

Stewart edged out under-23 riders George Jackson (Creation Signs-MitoQ) and Mitchel Fitzsimons (Creation Signs) for the stage win, taking a 6sec time bonus in the process, and leads three of his team-mates by 6sec, his closest rival being Ethan Batt (Transport Engineering Southland-Talleys) at 14sec. 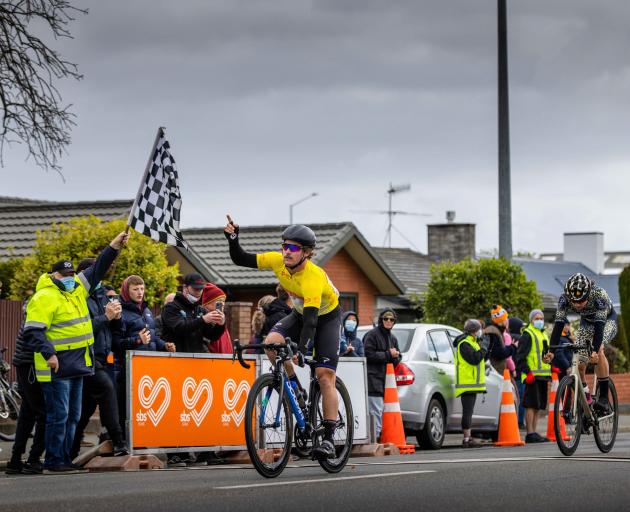 The Tour of Southland is the race where New Zealand’s best riders come to prove themselves and they got a chance to do just that as strong winds and driving rain buffeted the peloton during the prologue and a frenetic criterium-style first stage, which was a new addition to this year’s course.

More innovation is on the cards today with the addition of two gravel sections for the 172km stage 2 from Invercargill to Lumsden.

The second gravel section includes a 5km stage up the Glenure hill and was something that was talked about a lot before this year’s race.

“It’s awesome to be back in Invercargill for the Tour of Southland. It’s been a long season but this caps it off. We’ll enjoy the week and hopefully the weather gets a little bit better.”

The 65th edition of the Tour of Southland continues until Saturday. There are eight stages across the province.