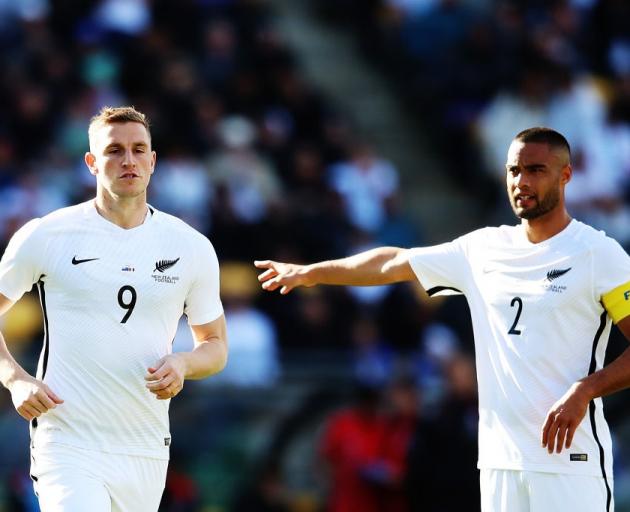 Chris Wood (left) and Winston Reid during the All Whites last home game, against Peru in 2017. Photo: Getty Images
At this point the All Whites have become something of an enigma in New Zealand sport.

They are one of the country’s more well-known national sporting teams.

They have produced some of the most special moments in New Zealand sporting history.

They play the world’s most popular sport and one which continues to attract huge playing numbers in this country each year.

But the word ‘‘play’’ almost needs to be past tense.

Yesterday was 500 days since they last took to the field.

It was also 1236 days since they last played a game in New Zealand — the World Cup qualifier against Peru in Wellington in November 2017.

Since then the side has played a one-off match against Canada and a three-match tournament in India in 2018, to go with two friendlies in November 2019.

That is six games in nearly three and a-half years.

Of course it is not all New Zealand Football’s fault.

It had scheduled matches for last year against England and world No 1 Belgium.

Both promised to be huge occasions after such little football.

Then Covid-19 hit and the logistics of playing the matches became too difficult.

It was a shame and while last year’s lack of matches can be somewhat forgiven, it was compounded by the lack of games in the previous years.

There are a multitude of reasons for those.

Geography is a big one — New Zealand is a long way from the rest of the world.

While in sports such as rugby and cricket the country has pulling power, it does not in football.

That brings travel into the equation and the exercise becomes a far more costly one.

It is a shame in an era when New Zealand has had some of the best talent in its history.

Chris Wood continues to perform at a high level in the English Premier League on a consistent basis. Yet he has barely had a chance to turn out for the All Whites in his prime.

Winston Reid is past his best now, but several years of his prime were also wasted.

Then you have the likes of Ryan Thomas, Sarpreet Singh and Libby Cacace, all who have seen little time in an All Whites jersey.

From a fan’s point of view it is a source of frustration as well.

Imagine how much more exciting the international windows would be if New Zealand was going to be playing?

Or think of it from a football-mad child’s perspective.

It is very feasible a 10-year-old child may not remember the All Whites ever playing at home.

Or even an older child, depending what age they got into the sport.

Covid-19 continues to hang around and that means more games in the near future would seem unlikely.

■The Otago Daily Times approached New Zealand Football for comment, but it declined, citing other commitments. 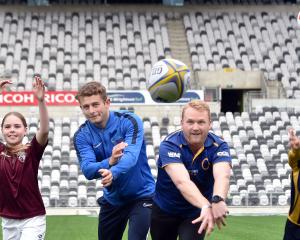 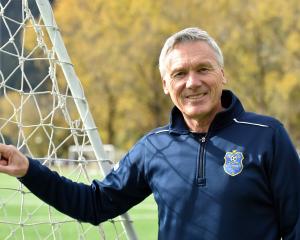