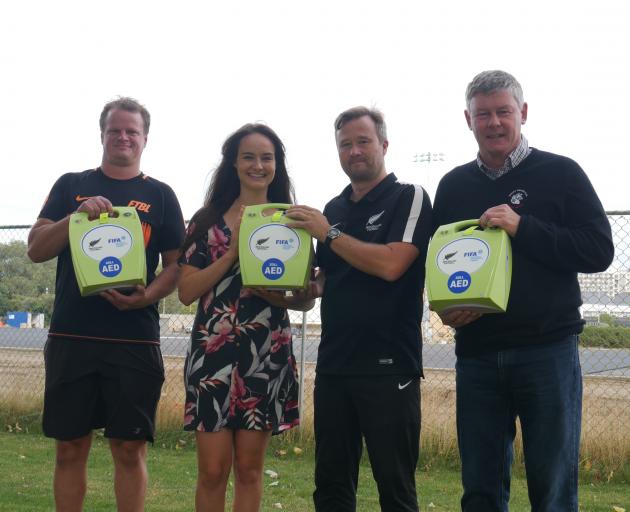 The clubs applied for the defibrillators last year through a campaign which aimed to set up more clubs with a device and education programme.

Otago University AFC president Megan O'Malley said there was an "incident'' at the club a couple of years ago when a player's heart suddenly stopped.

Fortunately the player survived, but others were not always that lucky.

Having a defibrillator on hand could save a life, she said.

Grants Braes AFC player welfare officer Dave Creed said the defibrillator was likely to be the only one in Tomahawk, so would be an asset to the community, not just the football club.

The club was close to the beach, which was a popular swimming spot.

Roslyn Wakari AFC co-president Wayne Facer said the club applied for a defibrillator to protect the safety and wellbeing of its members and spectators.

It fitted with the club's goal of becoming a community hub.

Carvell taught an education programme at the club last week.

As part of the SmartStart AEDs in Clubs programme, which started in 2016, NZF has already given 120 defibrillators to affiliated clubs around the country.

It aims to have a defibrillator in every affiliated club in New Zealand.