There are plenty of ways you can lose a football game: a flimsy defence, an attack that lacks firepower, one lapse in concentration or a game plan that missed the mark.

And apparently being late in sending an email.

Clearly, one of those does not seem to fit.

Southern United may tell you different.

It was completely dominant in its national football premiership match against Tasman United last month. Four goals scored and none conceded has now resulted in a 3-0 loss.

Tasman protested the match after Southern brought on two substitutes who had not been on the latest spreadsheet. Both were registered via New Zealand Football’s Comet system.

They had signed player agreements, been announced in the squad on social media, been in the team photo and played pre-season games. And their impact on the game in question had been minimal.

No-one is denying the club slipped up. Southern acknowledged the mistake itself in a statement on Wednesday.

But did that mistake justify turning a big win into a heavy loss?

New Zealand Football has stated it had no option but to go through with the decision after the protest was laid. Perhaps the regulations need to be looked at in that case.

Maybe NZF should take steps itself to ensure the match-day squad is a match for what has been sent in.

Tasman was within its rights to protest. But was it really the sporting thing to do?

If it had have been a close game, perhaps it could feel more aggrieved. Had the players had a significant impact on the outcome, then definitely go ahead with it.

In this case though, it seems a little desperate.

It is not dissimilar to two seasons ago, when Tasman protested and ultimately won against Auckland City.

Compare it to other situations.

In 2013, the All Blacks had Keven Mealamu in the reserves on their team list for their Rugby Championship decider against the Springboks. Dane Coles came off the bench instead.

The Springboks accepted the mistake as human error, costing themselves the championship in the process.

The game was decided on the field, the competition maintained its integrity and so did the Springboks.

Mistakes happen. They happen every day all across the country, around the world.

One clearly happened here, as it is bound to in sports administration — particularly when a key staff member has a family bereavement. Does that justify overturning a result?

Timing is important too. Surely if it was that big an issue, it should have been raised as soon as possible — before the game or when the players went on.

That way Tasman would not have had to play against the players they deemed cost them this result.

And, more importantly, the result would have been decided on the field which is whole point of sport.

Waiting until afterwards almost feels like a trap was set — particularly given it has happened before.

Knowing a result could be completely overturned for such a minor thing is not helping anyone. Who wants to go and watch a game that may be decided weeks later?

Is it attractive to play or coach in a league that is going to take points away for something completely out of one’s control?

Tasman United did not respond when asked for comment yesterday. 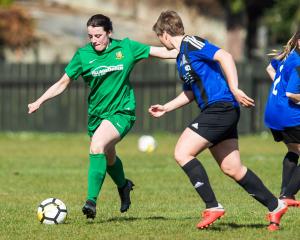