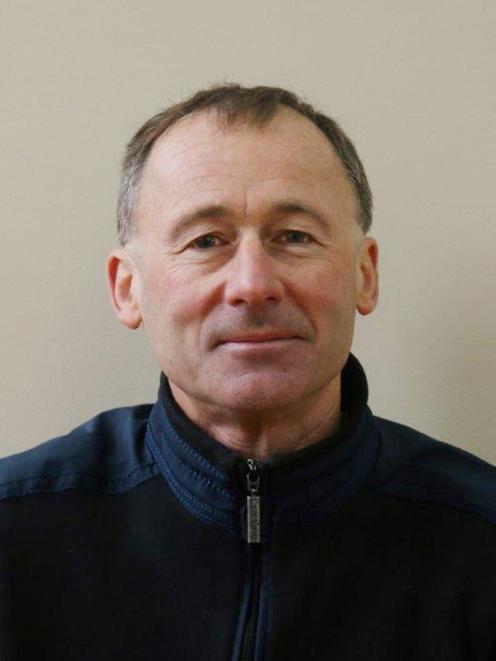 Russell Lund
A Dunedin teenager playing football in Brazil has caught a flight home, but only after his father was forced to re-book him three times.

Ben Lund, who has just turned 18, was playing for Brasiliis FC in the Brazilian state of Sao Paulo and had played against some top Brazilian clubs.

He was booked to come home at Easter, but when his family was told Air New Zealand was axing flights from Buenos Aires at the end of this month, the tickets were changed to March 30. His family paid an extra$800 for a flexible fare.

Father Russell Lund said without notice Air NZ announced it was suspending its services earlier and he feels the national carrier has let them down.

Russell Lund scrambled to get a ticket on the plane, but on Thursday Air NZ announced it was suspending all flights from Buenos Aires. The last flight left Buenos Aires at 11.45pm (local time) on Wednesday.

Ben Lund was not on the flight, having booked for a later flight that had been axed by the airline.

Russell Lund was in Auckland on Thursday and went to the head office of Air NZ to seek answers.

An official told him the company was moving its assets out of the area.

The official said Ministry of Foreign Affairs and Trade had given advice to Air NZ, which had led it to suspend flights.

But the National Business Review reported yesterday an Mfat official said no advice was given.

Mfat was working hard to get people back home from overseas territories.

Russell Lund said he felt Air NZ shortchanged him and the airline was not working in the interests of New Zealanders overseas.

He felt the airline was simply trying to make money from flying New Zealand citizens home and was more interested in looking after its aircraft.

In an emailed statement last night, Air NZ said the situation with Covid-19 was very fluid. The decision to bring forward the suspension of the service was made because additional border measures implemented by the Argentinian government posed significant crew logistics and operational challenges for the airline.

In the end, Russell Lund managed to get his so non board a Qantas flight leaving Buenos Aires yesterday bound for Christchurch, via Chile and Melbourne.

Russell Lund will go to Christchurch to pick up his son and is using a camper van to return to Dunedin so he could stay far enough away from his son.

He was scheduled to be back in Dunedin tomorrow.

Ben Lund, who left John McGlashan College last year, went for a trial at the Brazilian club in January and had been invited back to play for its under-23 team.

Whether he returns to the club depends on what happens with travel restrictions.

I am getting so tired about these people complaining that the government, or the airlines, whatever, are responsible for their fate. It has been obvious for two months now that everything was going to change drastically, but some people won't change until the government makes them change. If, in a situation like this, you are waiting on the government then you are a sheep. There is nothing stopping people from using their brains here.
Like all people on immunosuppressive treatments I have lived this reality for a long time now. If you want to avoid covid 19 then you can take the appropriate actions. This guy and his son thought playing soccer in Brazil was more important than taking action, and now it's everyone else's fault. Where is the personal responsibility? Where is the social responsibility?

Community responsibly has been under attack and diminished for many years. The world has been encouraged to think of the individuals desires first. It is the principle here as much as it is in people wanting tax cuts and deregulation to benefit the individual who can pay while cutting services and safety standards.

Ironically, this does not teach individual responsibility when things go wrong. It teaches “If I have the money to pay you should submit to my expectations regardless of other issues” Basically the world has advocated greed and selfishness since the late 1970s and the attitude you worry about here is just a small symptom of this.

What you mean is that people are just sheep who follow the lead all the way to the meat works.
Community Responsibility wasn't attacked, or stolen, it was sold, it was given away by people too easily led. The loss of Personal and Social Responsibility isn't the fault of some 'other', it is the fault of each and every individual. You don't need to be 'taught' to be a decent human being surely, because if that is the case we are no better than trained monkeys, and poorly trained at that.
I am tired of the excuses, tired of the blame shifting and tired of the arrogance that modern humans exhibit.
In this story the father let his Minor son go to Brazil (A third world country run by a moronic anti-science fascist), in January, by which time it was obvious that the world had a problem even if the business people wanted everyone to ignore it, and now it's the airline that is to blame?
Stop making excuses for him and the rest of the sheep. This virus will not listen to excuses. I don't care why people are the way they are, the party is over, unless they stop being sheep now, they will be slaughtered.