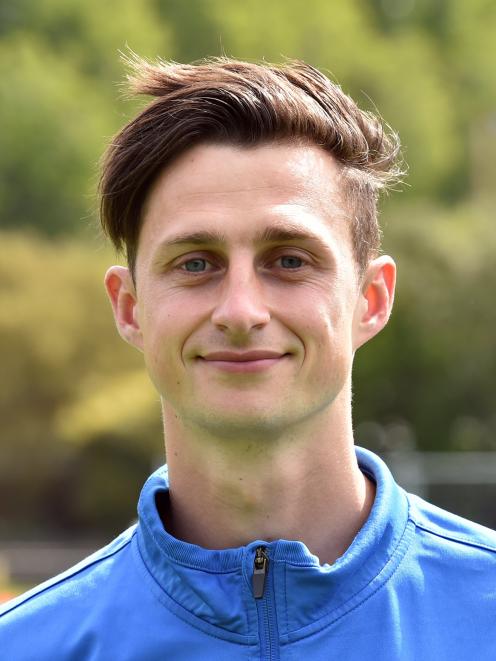 Joel Stevens
The goals have kept on flowing for Southern United.

It made it nine in two matches as it dispatched Waitakere United 5-2 in its national football premiership match in Auckland on Saturday.

A 10-minute spell put it in control midway through the first half.

Southern poured in three goals, the last a screamer as Joel Stevens cleared keeper Nick Draper’s head from beyond halfway.

Stevens added another two in the second half, completing a brilliant hat-trick that takes his season tally to six.

The win moves Southern to nine points, leaving it among the playoff contenders five rounds in.

It was a result coach Paul O’Reilly described as "huge".

Alongside the win, he said the quality of both the performance and the goals had been outstanding.

It had made for a very positive day.

Southern opened the scoring in the 28th minute as a long ball over the top from Jordan Spain put Garbhan Coughlan into space behind the defence.

He volleyed home into the top corner, completing what O’Reilly dubbed as an "unbelievable finish".

Stevens made it 3-0 in the 38th minute with his superb strike — his second long-range goal in as many weeks.

But Stevens hit back straight away.

He went on a mazy run, before chipping Draper from the edge of the box to restore the three-goal lead and maintain control.

Stevens added another late, burying a penalty, before Jack Duncan pegged one back for the hosts in the 92nd minute.

O’Reilly felt the team was improving and had begun to click.

Its attack was looking lethal and the team was playing well across the park.

However, he had extra praise for Stevens and Coughlan, who have scored 10 goals between them.

"For me, Coughlan and Stevens are two of the best attackers in the league.

"Obviously, Coughlan’s been doing it consistently for us for three seasons.

"We were lucky to hold on to him from some of the interest over the break.

"I’m surprised even the likes of the Wellington Phoenix haven’t had a look at him at this stage, because he consistently scores goals."

Meanwhile, he said Stevens had been "unbelievable" since returning.

"The quality he’s added is quality we just haven’t had before.

"I’ve heard Danny Hay’s been looking at picking up players for his All Whites squad.

"Southern United are probably not a fashionable club, but I don’t think it would be a surprise if he had a look at Joel as an option for his next squad.

"If Joel can continue the goal-scoring form he has, he has to be knocking on the door to get himself back into the All Whites."