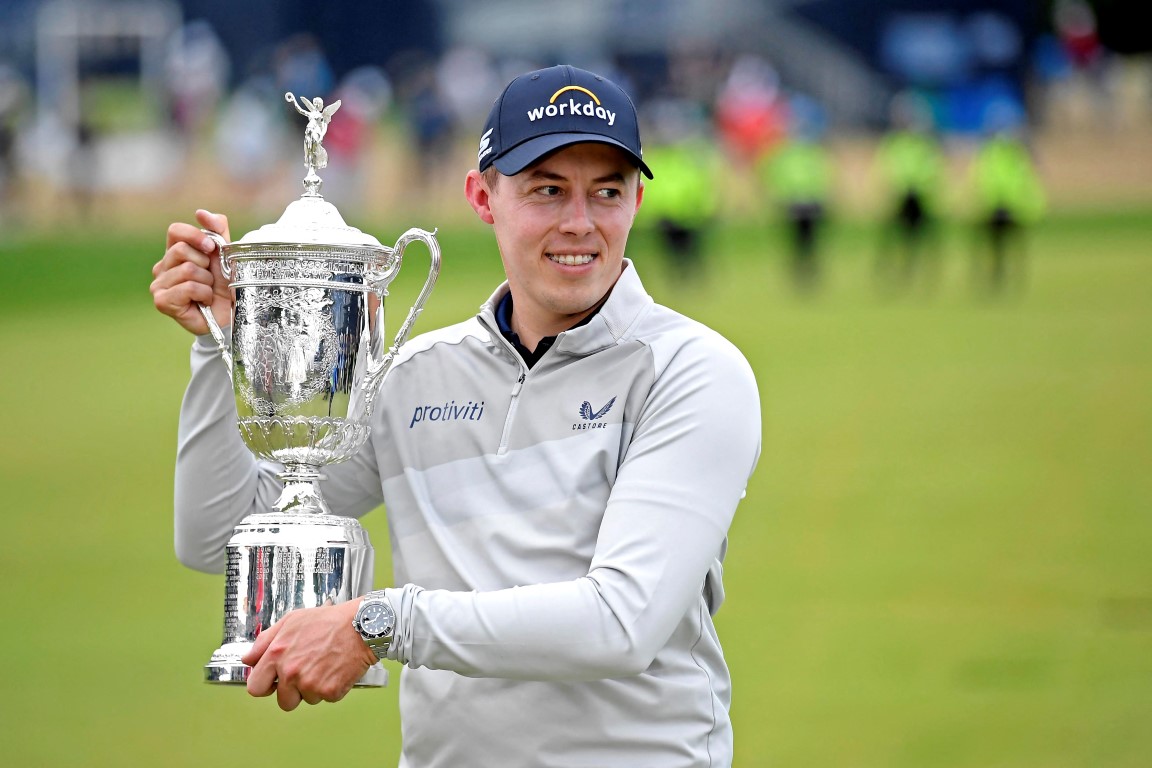 Matthew Fitzpatrick poses with the trophy after his victory in the US Open in Brookline, Massachusetts. Photo: Bob DeChiara-USA TODAY Sports
Englishman Matt Fitzpatrick has won the US Open at The Country Club by one shot over world number one Scottie Scheffler and Will Zalatoris to claim his first major title.

Fitzpatrick, who began the day in a share of the lead with playing partner Zalatoris and one shot clear of defending champion Jon Rahm, shot a closing two-under-par 68 that left him at six under on the week at the year's third major.

"No words. It's what you grow up dreaming of," Fitzpatrick, who stayed in the same house this week as he did when he won the 2013 US Amateur at The Country Club, said during the trophy presentation.

The 27-year-old arrived at the final hole one shot clear of Zalatoris and Masters champion Scheffler, who was already in the clubhouse at five under, but sent his tee shot into a fairway bunker to set up a nervy finish.

From there, Fitzpatrick unleashed a clutch shot that reached the green and then two-putted from 18 feet to seal the biggest win of his career.

"I'll be brutally honest ... if there was one shot that I have struggled with this year that I don't want to hit, it's a fairway bunker shot," said Fitzpatrick. "That was one of the best shots I have hit of all time. When I saw it leave the sand I couldn't be happier."

By pulling out the victory, Fitzpatrick joins golfing great Jack Nicklaus as the only players to win a US Open and US Amateur at the same venue.

Zalatoris, the PGA Tour's reigning rookie of the year, sent his birdie chance at the last just past the left side of the cup to finish runner-up at a major for the third time after falling short at the 2021 Masters and last month's PGA Championship.

Former Masters champion Hideki Matsuyama carded the low round of the week, a five-under-par 65, that powered him into fourth-place finish, one shot clear of pre-tournament favourite Rory McIlroy (69) and twice major winner Collin Morikawa (66).

World number two Rahm, who squandered a chance to take the 54-hole lead after a closing double-bogey on Saturday, shot a four-over 74 that left him seven shots back of Fitzpatrick.