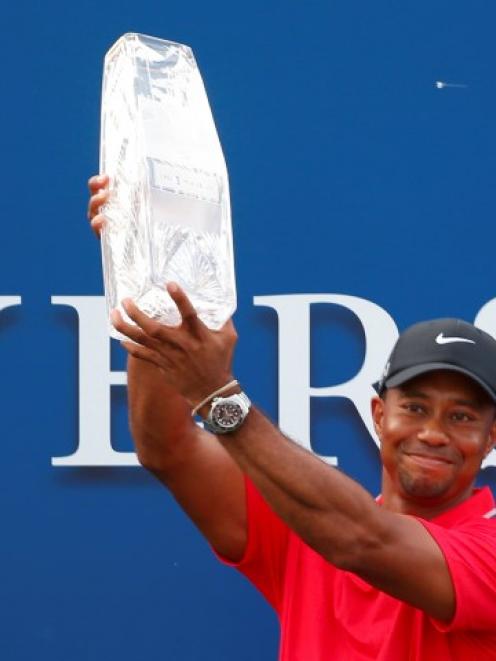 Spaniard Garcia held a share of the lead on 13-under with Woods when he teed off at the short but treacherous 17th, but hit into the water twice to crash to a quadruple bogey, after the world number one had parred the famed island hole.

The 2001 champion Woods parred the 18th to complete a two-under 70 for a 13-under total of 275, surviving a late challenge from Sweden's David Lingmerth at the Stadium Course at TPC Sawgrass on Sunday.

The impressive rookie Lingmerth missed a monster putt to bogey the last hole for a 72, and finished tied for second with Americans Jeff Maggert (70) and Kevin Streelman (67).

Garcia, the 2008 champion, compounded his miserable finish by finding water on the 18th to sign off with a double-bogey and plunge well down the leaderboard.

Woods had appeared in complete command, and led by two strokes before stumbling at the 14th after hooking his tee shot into the water on the left.

That set up a four-way tie with Garcia, Lingmerth and Maggert for the lead at 12-under.

It narrowed to a tie at 13-under between Woods and Garcia, who had exchanged some mean-spirited barbs as well as birdies and bogeys in their third-round pairing.

After Woods parred the par-three 17th, Garcia took a bold line at the pin but splashed well short into the water.

Unbowed, he tried the ploy again and temporarily found land before bounding into the drink.

Lingmerth, who had missed his last five cuts prior to Sawgrass, was back in the hunt with a birdie at the par-five 16th after nearly holing out a bunker shot.

After playing partner Garcia rinsed his tee shot at 17, the young Swede also attacked the flag, but he managed to stick his shot in close before missing the birdie putt to remain one stroke behind Woods.

Lingmerth reached the green of the difficult 18th but left himself a 73-foot putt which he pushed 14 feet past the hole leading to a dropped shot and an 11-under finish. 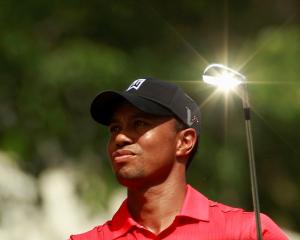