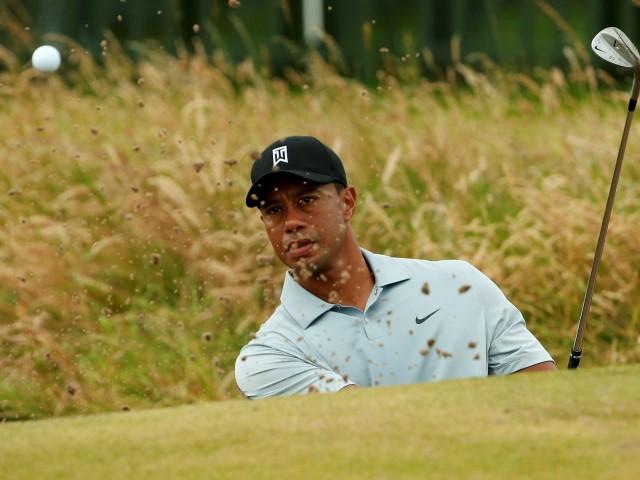 After missing the Masters and the US Open following a back operation, Tiger Woods returns to major championship action at this week's British Open and once again he is the hot topic of conversation.

Tiger Woods was a big favourite coming into the US Open as he tried to end a five-year drought in the majors but walked away with a 13-over 293 total that he blamed on poor putting and iron play.

Merion Golf Club has been linked with some of the most iconic moments in championship golf and Tiger Woods will aim to add a chapter of his own at this week's US Open where he is a heavy favourite.

Sergio Garcia approached Tiger Woods at the driving range at Merion Golf Club and after a brief exchange shook hands with the world number one in an apparent attempt to make up after their recent unpleasantness.

Tiger Woods has held on to clinch his second Players Championship by two strokes after long-time adversary Sergio Garcia spectacularly imploded on his last two holes.

Tiger Woods again found himself at the centre of controversy and a target of the Twitter-verse when he avoided disqualification from the Masters after taking an illegal drop in the second round.

Tiger Woods got his Masters campaign off to a solid start but the world number one was forced to share the Augusta spotlight.

Tiger Woods won his second tournament of the year in convincing fashion with a two-stroke win at the WGC-Cadillac Championship at Doral, closing with a one-under-par 71 in the final round.

Tiger Woods looked anything but intimidated as he powered into a share of the lead after the first round of the lucrative US PGA Tour Championship.

British Open favourite Tiger Woods has warned his challengers they'll need to be on their game from the get-go when the 141st championship gets under way today.

As he stalks Jack Nicklaus's benchmark 18 majors, the resurgent Tiger Woods insists he feels no anxiety about eclipsing the greatest record in golf.

It was not easy going in swirling winds on a lightning-fast layout but Tiger Woods was delighted be back in the position he covets after moving into a tie for the lead in the second round at the US Open.

Tiger Woods has not won a major title in four years but the former world number one has been installed as the overwhelming favourite for this week's US Open at the Olympic Club by several leading odds-makers.

Tiger Woods spectacularly overhauled a fading Spencer Levin and a charging Rory Sabbatini with a few moments of magic to win his 73rd PGA Tour title by two shots at the Memorial tournament.

Tiger Woods risks missing consecutive cuts for the first time in his career unless he recovers from the two-over-par 74 he shot in the opening round of the Players Championship.

Tiger Woods' body language said it all as he huffed and puffed and almost blew his Masters chances with his worst score at the tournament in eight years.

An unhappy Tiger Woods said his old swing habits returned as he bogeyed the final two holes in his opening round at the Masters, where he slipped to five shots off the pace.

Tiger Woods hit so many great shots that he couldn't single one out as the best. Winning was as sweet as ever, even after a PGA Tour drought that stretched over 923 days and 27 tournaments.