The team had a three-shot lead at lunch and is one of only a few schools to win back-to-back titles since the event's inception in 1984.

Last year, Jimmy Zheng was the hero of the team, shooting 12-under-par 60 at Palmerston North to turn a six-shot deficit into a six-shot win.

This year, Vivian Lu was the star of the team when she finished as the leading individual with rounds of 71 and 68.

Many of the youngsters will stay on in Cromwell for the national age-group championships, which will be held on the same course over the next three days. 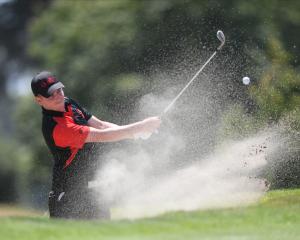