By Steve Hepburn
0 Comments
Golf has gone from the depths of despair to a surge in popularity.

Post-Covid restrictions and the sport is enjoying a boom as memberships increase and more people seek out the fairways.

Membership at the Otago Golf Club has increased by more than 10% this year and people from all walks of life are coming to play at the course.

Otago Golf Club director of golf Shelley Duncan said the club had attracted more than 50 new members since the start of the year , most of them in the past three months. 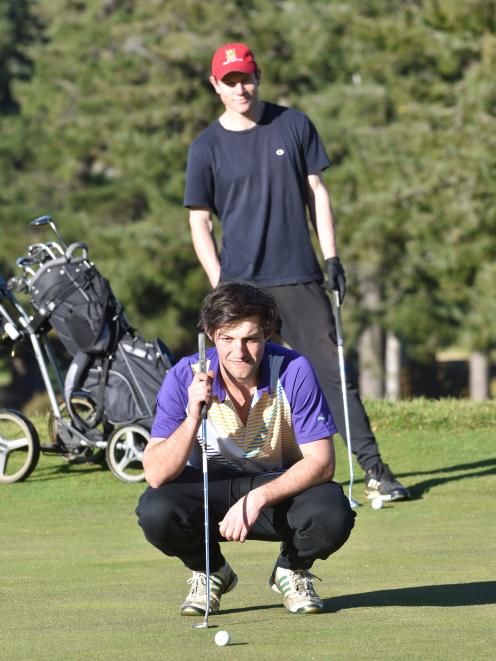 "They come from all walks of life, a real cross-section ... what we found that during and after lockdown, if you didn’t have a membership then you would struggle to get on the course," she said.

"People are enjoying getting out in the open and playing golf. People like being with people for a decent period of time. People are staying a wee bit longer after golf — I think they realise what they’ve been missing."

Duncan said winter had not been too bad and, although there had been some rain in the past week or two, overall the weather had been pleasant. The course was in good condition and greens were running well.

She said green fee players were still coming in and that helped with retail and cart hire.

"What we are seeing, and it is not always the case, is that those people who are not travelling are now thinking, ‘maybe I can replace my bike, buy some new clubs’."

She said perhaps the increased interest might taper off and go back to previous levels but no-one knew what the future held.

The club was preparing to celebrate its 150th birthday in 2021 and would have events right throughout the year.

Golf had been in a dark hole at the start of lockdown. Course maintenance was not allowed and there were genuine fears clubs might go to the wall as greens could not be saved and membership would decline.

"I never thought it would be like this. I was sitting at home in April and thinking ‘where do we go from here?’ We cut staff time, budgets — we were pretty nervous. But it has been way better than anticipated."

Taieri Lakes manager Paul Barlow said numbers playing had returned to normal and, in some cases, better than before.

People had cabin fever and were keen to get out and play. There were more new players which was good and the course was in good condition.

With other sports starting late, many people had turned to golf for something to do and it was an enjoyable social sport.