Island Park is now the only unbeaten team halfway through the metropolitan pennant series round robin after toppling the Otago Bombers at Balmacewen in wintry conditions on Saturday.

However Island Park is still in third place behind St Clair after the Corstorphine golfers scored a hard-fought victory against Chisholm Links.

Meanwhile, Taieri Lakes recorded a whitewash over the B52s out on the Taieri.

At Balmacewen, the series leaders were without the services of Nick Borren and Duncan Croudis who were engaged in the senior club championship decider on the adjacent side of the course.

Despite Bombers No4 Brandon Hodgson securing the first match for the hosts, it was the Park tail of Mike Wray and Chris Snow who put the Waldronville golfers in the box seat with wins before Michael Minty and Matt Tautari sealed the side’s first win on Balmacewen soil since Island Park’s inclusion in 2014.

At Chisholm Links, St Clair’s 4-2 victory over the home club flattered the visiting team. The home side was well ahead at the turn, but a strong back nine from the young St Clair side forced four matches to the final green.

Kade Haley-Broderick is fast becoming St Clair’s rock in the No6 position, adding another win to his senior A tally when he holed out from 30m on the last hole to beat Matt Heaton, while young guns Parker Aluesi and Callum White defeated the seasoned Geary brothers.

Taieri Lakes jumped into fourth position after demolishing the Otago B52s 6-0 which could come back to bite the Balmacewen club’s games tally at the business end.

With most of the home side finishing under par, the result was reflected in the margins. Hayden Robertson, Mark Andrews and Ryan Rosevear were all 6up when their games finished and only one match went to the final green.

Chisholm Links hosted a catch-up game against the Bombers. The home side’s tail wagged with Mackenzie Gibson and Jason Pegler claiming impressive wins. But it was all fleeting glory as the remainder of the games went in favour of the Bombers 4-2.

The Bombers lead by four points over St Clair at the halfway stage. Chisholm and Taieri have a game in hand, to be played against each other. 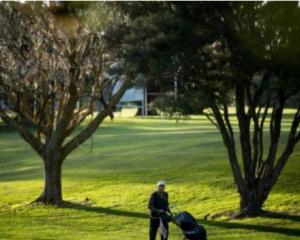 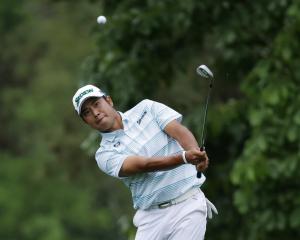