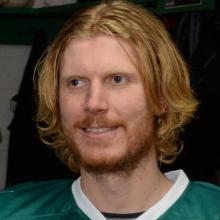 Paris Heyd
The Dunedin Ice Stadium is looking at reopening later this month.

Facility manager Paris Heyd said the plant had been turned off during lockdown to save money and to melt the ice so they could repaint the markings.

It was turned on earlier this week and it would take between 10 and 12 days for the ice to be ready.

Shutting the plant down had saved money but the down side was it took longer to get back operating.

However, Heyd said the stadium was in a holding pattern until the restrictions on crowd sizes lifted and he hoped the delay would not prove too costly.

"We’re hoping things will pick back up," he said.

"It sounds like the clubs are waiting to go. Obviously, we’ve got to watch the 10-person limit and see how that progresses for the next few weeks.

"We won’t be opening before [May 25] so it might change then. So there is no real point doing any detailed planning right now because it will probably change."

Under Covid-19 Alert Level 2, bookings are limited to groups of 10 people.

The Government has said it will review the restrictions on May 25.

The Dunedin Ice Stadium employs 10 staff. Three of them are full-time.

Heyd said the government wage subsidy had helped and once restrictions lifted "we should have income from all the clubs and we will see how the public goes and whether people feel comfortable".

"You want to stay positive, but you have no idea what will happen."

In the meantime, staff at the Dunedin Ice Stadium have been doing some painting and maintenance.

And the rinks need new markings. That work was planned for Christmas but was brought forward to take advantage of the lockdown meltdown.

Its tournament was suspended due to Covid-19 but Heyd is hopeful some sort of competition can be staged in its place.

"They are looking at options but it is unlikely to be a full league," he said.

One idea is the league may be played during the course of a couple of weekends. Dunedin would be well-placed to stage some games, as its ice-skating rink is highly regarded.